Robots have officially begun their efforts to take out our offspring. A 300 lb. security robot at the Stanford Mall in Palo Alto, California recently knocked down a 16-month old boy before running over his foot and leg. It was not a bad attempt, but obviously they need to perfect their technique. 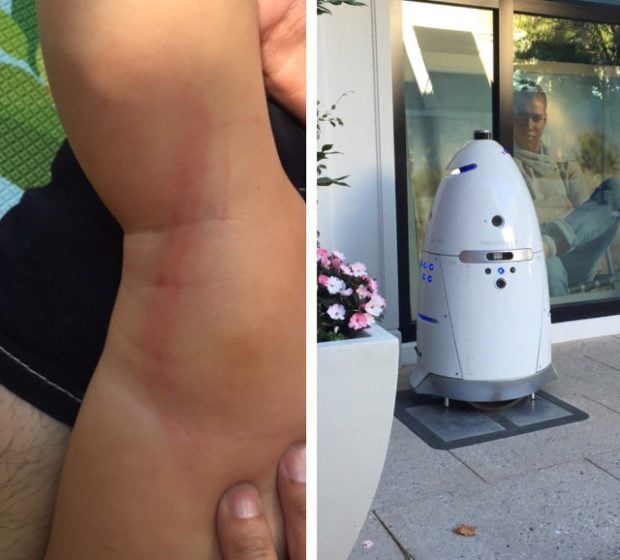 This is that model of robot that looks like a prototype Dalek, so naturally they are evolving to kill. What did you think would happen? Just as in nature, robots apparently are going for the weakest of us first. Next they will attempt to run over the elderly and then all the Pokémon GO nerds who are staring at their phones.

Check out the video that makes it look all friendly and harmless. Well, now we know better. Next they will put something expensive in shoppers pockets and frame them for shoplifting, if they can’t kill us outright.