Durita Dahl Andreassen and some of the other 49,188 people who live on the Faroe Islands, a remote archipelago in the North Atlantic Ocean want people to come visit. I guess if you had to see the same 49,000 people day in and day out, you’d want visitors too. Since Google won’t get out there and do a Street View to lure in tourists, Andreassen and her helpers decided to do it themselves. 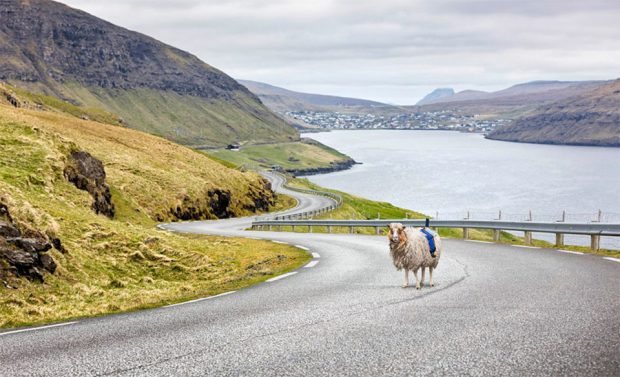 However, they didn’t stick cameras on their cars or wear backpacks to do this. Since the Faroe Islands have about 80,000 sheep roaming around, Andreassen chose five of the wooly critters and strapped a harness onto the sheep that contains a solar panel and a 360-degree camera that stores GPS coordinates.

The sheep then roam around, certainly wondering just WTF that is on their backs as they captures images of their surroundings. I mean, I’m pretty sure that sheep wearing a camera in the photo isn’t in the road for fun, he’s like “Hey, you! Get this thing off me!”