Swagbot Is a Cattle-herding Robot: Bit Along, Little Dogies

Who needs cowboys to rustle up the cattle, or even dogs, when a robot can do the job just fine? Swagbot is the world’s first herding robot. Cowboys and dogs are no longer necessary. No jobs are safe from robots as their population increases. 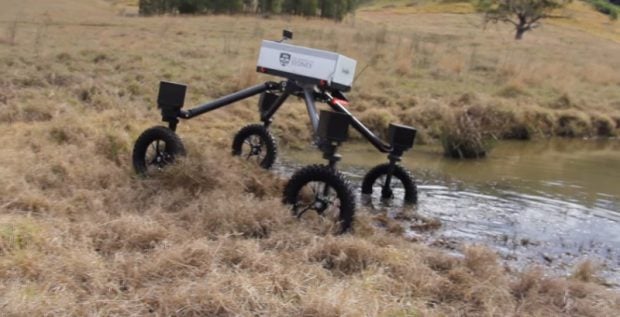 This so-called “motion platform for cattle station operations”was developed by the Australian Centre for Field Robotics at the University of Sydney. It can pull heavy trailers and move across rugged terrain and that is just what you want for managing livestock. SwagBot has already proven itself in a field test. Eventually, this robot will be used to manage livestock on Australia’s sheep and cattle stations, which are often located in hard-to-reach areas.

It will herd cattle, navigate around ditches, logs, swamps, and other obstacles. It is basically perfect for the job. Next, they will teach SwagBot to recognize animals that are sick or injured, using temperature and motion sensors that will detect changes in an animal’s body temperature and gait. Yeah, but can it lasso an animal and sing cowboy songs? I didn’t think so.