I thought pens that had stuff in the back that floated were awesome growing up. Mostly this was due to the pens my uncle kept in his room that had well endowed ladies whose shirts floated off when you tipped the pens. If you like that sort of writing instrument, without the hooters, you can get some sweet Star Trek floating pens from ThinkGeek. 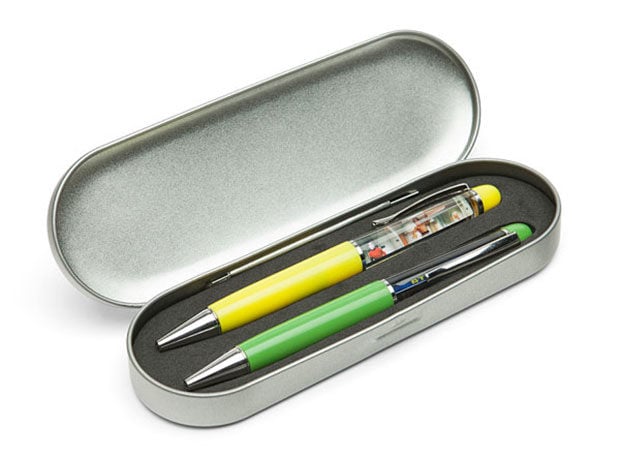 You get two pens in each set, which sells for $11.99. The first set includes Sulu stabbing a sword at a redshirt, and Kirk vs. Gorn.

The other set offers Spock and Kirk doing battle, and Kirk being buried in tribbles.

The bummer part is that the ink inside is non-replaceable. That means if you really want to use a pen, once it is out of ink it’s half the pen it used to be. 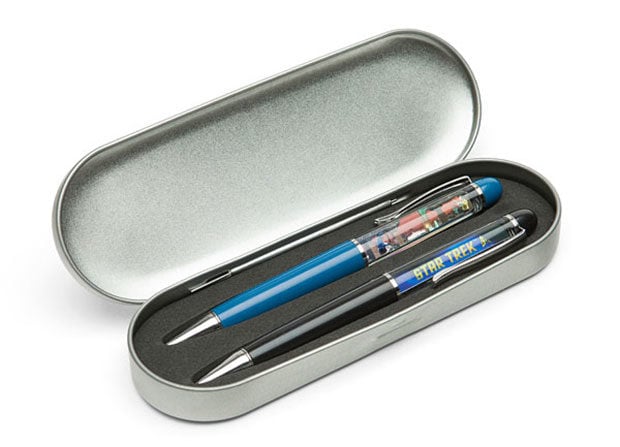