This Robot Is Spinning a Human Paintbrush

I always knew that robots would pick us up and twirl us around, but I always pictured it with more screaming and the human landing in a bloody heap on the ground. 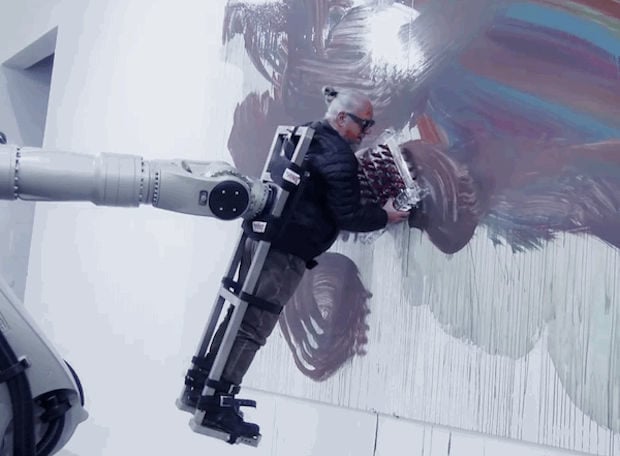 This industrial robot is twirling around Serbian artist Dragan Ilic, but Dragan actually likes it. The robot is not trying to kill him amazingly enough. For his art project DI-2K4, Dragan straps himself into a harness, and a robot moves Ilic and his paintbrushes around a large canvas in a preprogrammed route, imitating “both the repetitiveness involved in technological production, as well as representing a new stage of ritual or transgressive experiences of the author himself.”

I keep waiting for the robot to ram this guy against the canvas “accidentally”.

[via Motherboard via Gizmodo]