Starship Technologies first came to our attention when it unveiled its sweet cooler on wheels autonomous robots meant to deliver food and other items to your door. The company is back with a new reveal, and this time out it has a semi-autonomous system that is the result of a tie up with Mercedes-Benz. The result is Robovan. 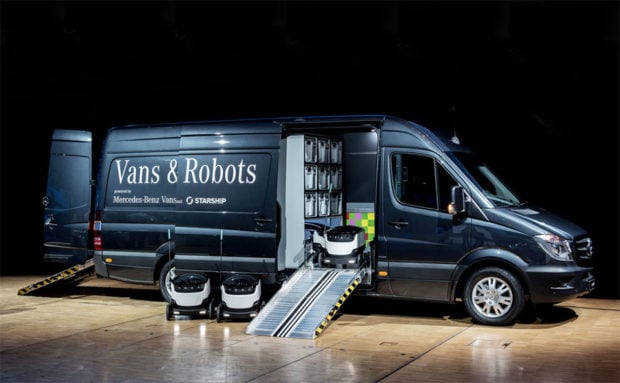 A human driver pilots the modified Sprinter van into a neighborhood, but rather than getting out of the van to deliver the packages, the driver parks and the autonomous coolers roll out to deliver orders. 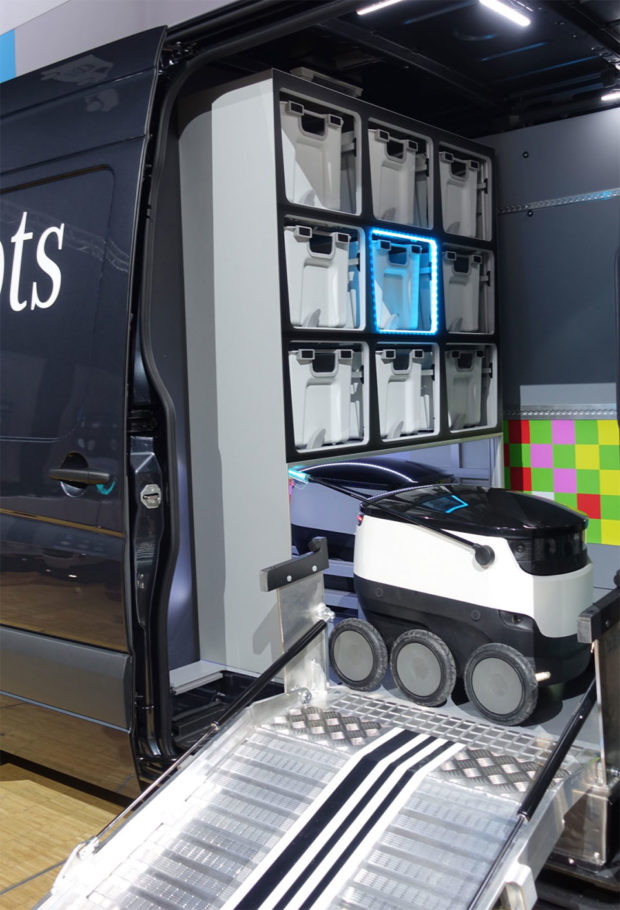 The van holds eight of Starship’s delivery robots, and a number of bins filled with cargo. The robots autonomously ride in and out of the van, though it’s unclear how items are loaded from the bins into the robots at this point. 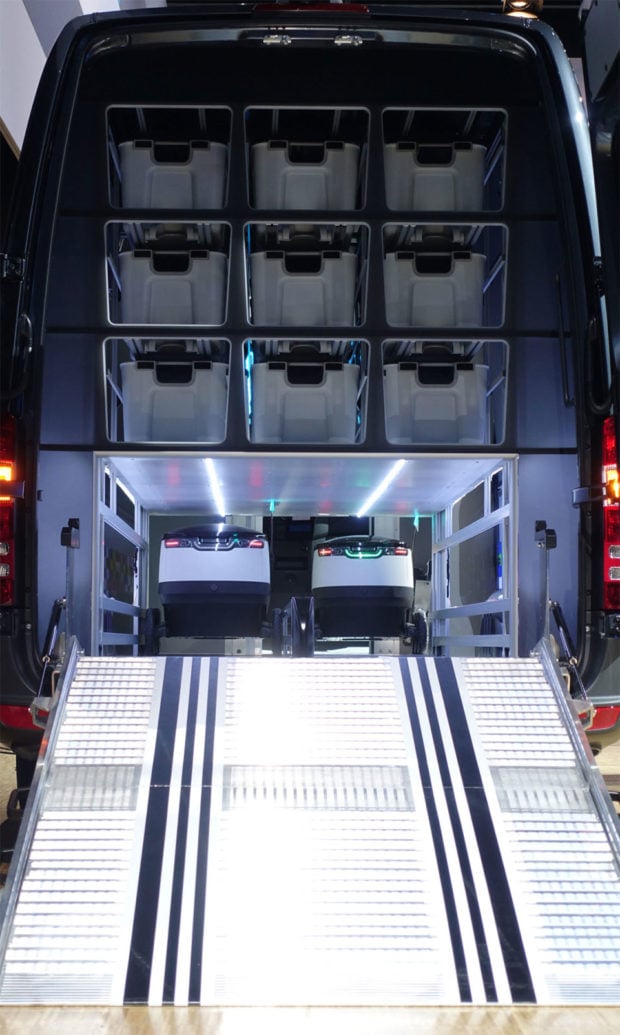 Starship says that the system is much more efficient than a human driver is. Whereas the typical human might deliver 180 packages per nine-hour shift, with many of those seemingly kicked to your door, the Robovan could deliver 400 per nine-hour shift. Plus the bots won’t break your stuff or throw it those last six feet.