During a recent typhoon in China, residents greeted the day with an unreal sight. A huge moon rolled over pedestrians and drivers, who all no doubt spotted it and at first said, “That’s no moon!” before being swallowed up by it’s cratered face. 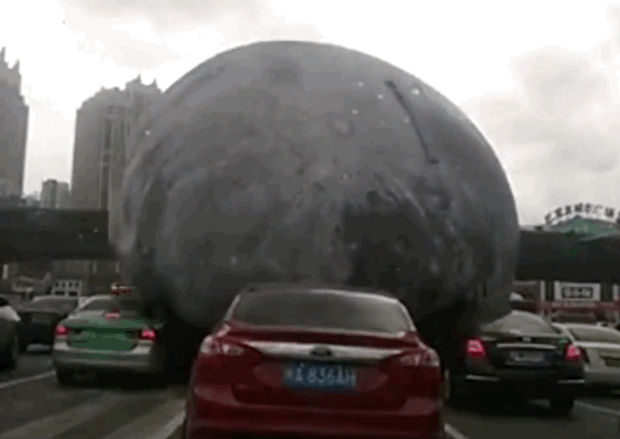 The moon recently rampaged through the city of Fuzhou in eastern China. No one was spared. And no one knows where the moon will strike next. One theory is that it is seeking out the world’s astronauts one by one and taking them, and anyone else who gets in it’s way.

Obviously it’s just a huge inflatable moon – something you see on the streets every day. No big deal. It’s not the end of the world as we know it.