If you have ever dreamed of battling Space Invaders in real life, here’s one unique way to do it. For GeekCon 2016, a team led by Tomer Daniel created a game of Space Invaders that can be played for real. 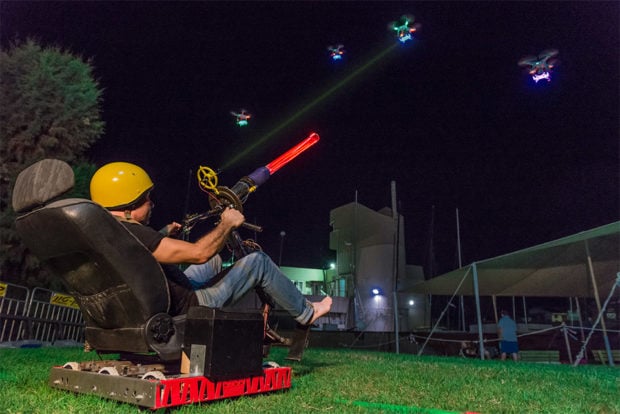 There are some computers involved, but the gameplay itself all takes place in real life. The targets are Arduino-enabled drones with LEDs, and you shoot a laser that turns itself off momentarily after firing, the gunner slides back and forth on a twenty-foot rail underneath the player’s seat, and the drones turn out their lights when they get “hit.”

It’s a pretty cool idea. They should up the excitement with more drones, and have them move faster and faster as they approach your recliner.

[via Hackaday via Neatorama]