+5 Gamer Deodorant: Strong Enough for an Ogre, but Made for a Paladin

Gaming is tough work. Whether you are sitting in front of an Xbox One, or taking part in a D&D campaign, nerds work up a serious sweat. That’s why you need a strong deodorant. Plus Five is the “Ultimate Gaming Deodorant,” adding +5 to your Charisma stat. 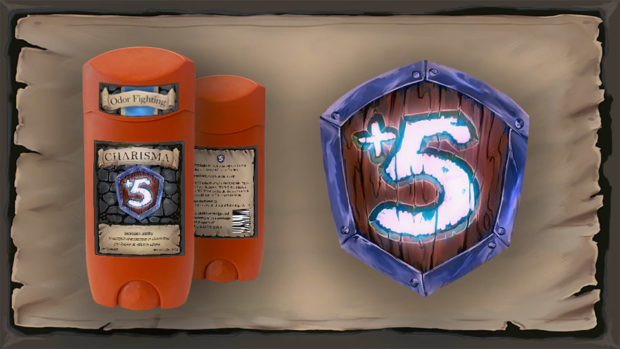 Tim Cooley has launched a Kickstarter for a deodorant that’s made specifically just for gamers. Is it really different from other deodorants? Probably not. But it will encourage gaming geeks to not smell like their mother’s basement, or week old Cheetos.

A three-pack will set you back just $10(USD), and the stretch goals include fragrances designed for +5 Vitality, Wisdom and Dexterity. Up those stats and up your smell.