Normally, humanoid robots creep me out a bit, but Ballu doesn’t. I mean it’s hard to be scared of something that reminds me more than a little of those junky balloon toys with feet KFC used to give out in the ’80s. The top section of BALLU is made of helium filled balloons attached to spindly legs that look like they were grafted from a crane or flamingo. 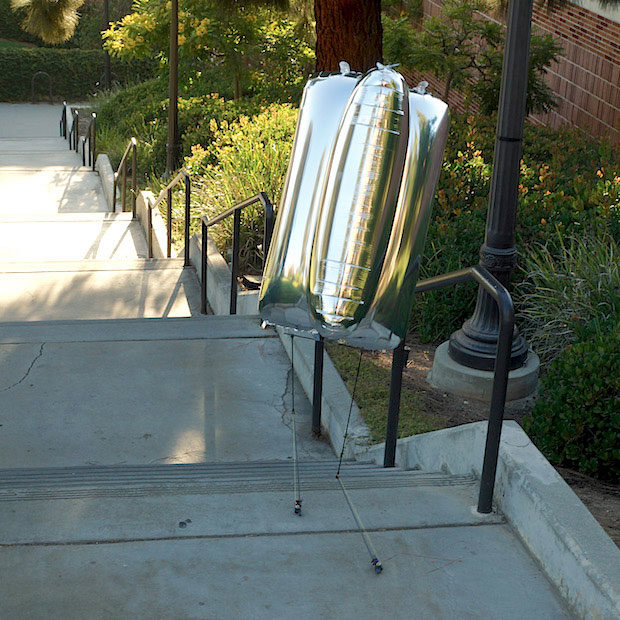 BALLU is a product UCLA’s Robotics & Mechanisms Laboratory. The robot’s legs have a single degree of freedom at the knee joint, and it can walk, jump, and move sideways. It clearly cannot operate well in windy environments, and it can’t do anything that needs heavy tools. It’s more of a mobile information device says one of the designers. Check out BALLU in action in the amusing video below:

I could see this cheap, lightweight robot that is surprisingly stable being used to lead people around a facility on tours and such. The team says they have a system that allows the robot to jump over very tall obstacles but that hasn’t been implemented just yet. I hope the system is a hat with a propeller.