When my daughter was three or four, I got her one of those pink Barbie Power Wheels Mustangs. I think I will remember until my dying day how she would throw that thing into drive and fly out of the driveway sideways. She literally drifted and spun out until she drove the wheels off that thing – twice. 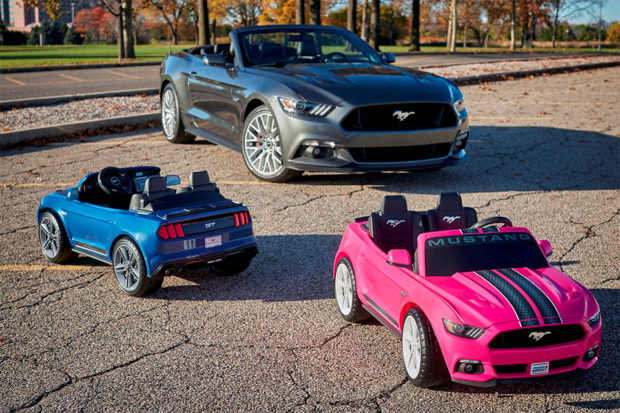 It seems Fisher-Price is intent on ruining the sideways fun for kids these days by adding traction control to the new Mustang Power Wheels cars. The new Smart Drive powertrain not only keeps traction, but it will turn off if it detects an impending rollover. 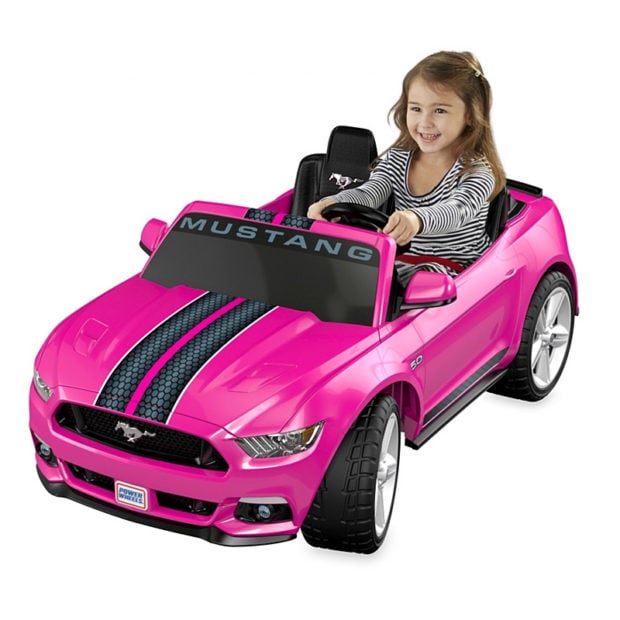 I can only imagine if your kid drives like mine does, these new traction control Power Wheels will probably spend lots of time turned off sensing an impending rollover. The upside is these should be easier on wheels than the old model, and they should drive better on rough terrain. Top speed for the kid-sized pony car is 5 mph in forward, 2.5 mph in reverse.

The latest Power Wheels Mustangs also have an onboard sound system for playing tunes, and make realistic engine sounds that match your kid’s driving moves. They sell for $359.99(USD) each and come in blue or pink colors. Expect them to hit retailers sometime in December.