Watch Two Furbies Get Dissected by a Water Jet

Back in the ’90s, the Furby was the hottest toy of the Christmas season. Well, now there’s a new edition with modern tech inside. It is more lifelike with creepy new digital eyeballs for instance. But nothing can prepare you for seeing what this thing looks like while it is being cut in half by a powerful water jet. 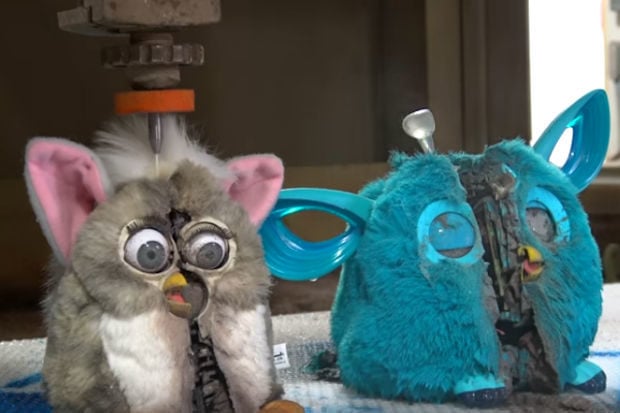 Fun fact: The 2016 edition’s colorful eyes have 150 different animations. That must be why when they cut this thing, it at first looks like tears streaming from it’s eyes, then black blood-like goo oozes from its beak and it is all just wrong. The horror show begins around the 2:45 mark.

So sad and disgusting. I can’t watch anymore.