A giant tall imperial walker playhouse is every kid’s dream. Well, Colin Furze is making dreams come true, because he built one in his backyard for his kids. 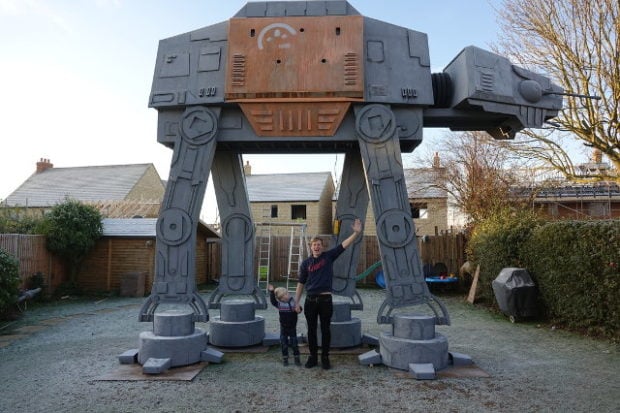 This 18 foot-tall walker was built to scale using an AT-ACT toy from Rogue One for reference. An AT-ACT is just like an AT-AT except that it means extra toy money for Hasbro. Its head is a bit different and it has a cargo compartment in its body. The playhouse has a retractable, electric-powered staircase, and an interior full of Star Wars toys and memorabilia. 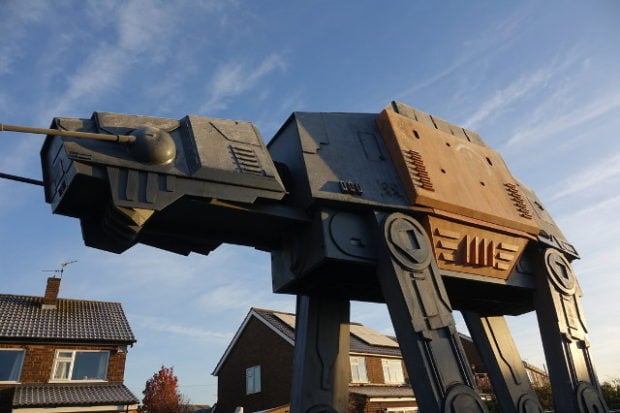 It towers over some of his neighbor’s houses and looks like it is about to start destroying things. I love the aerial shots of this thing in Colin’s video:

Obviously, it really rocks to have a mad scientist dad like Colin Furze. I’m not sure that his neighbors would agree though. 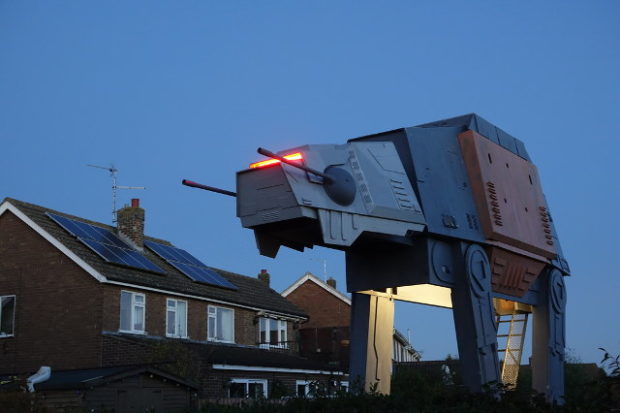