I have a feeling that the Gatebox is exactly how Krieger got started with that holographic Japanese girl that follows him around on Archer. We talked a bit about the Gatebox early this year when the oddity first surfaced. There were key facts we didn’t have at that time though. Namely we didn’t know how much it would cost, or when you could get one. 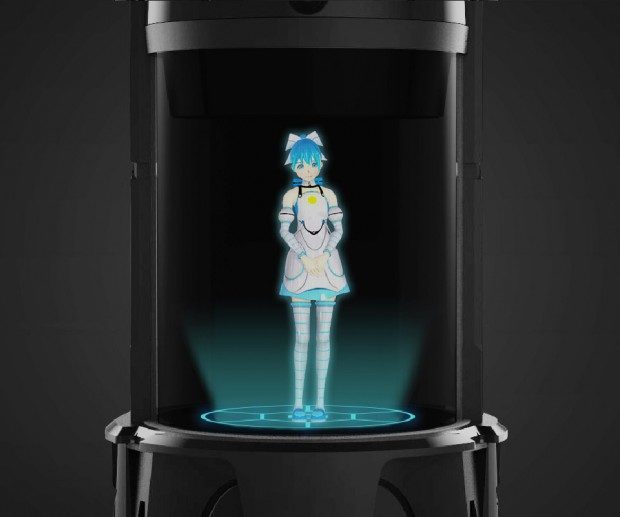 Now it looks like it will launch in a Japanese version first and will sell for ¥298,000, or about $2600 (USD) in December 2017. There will apparently be an English version of the Gatebox later, but with shipping it comes to around $3,000. I guess virtual robot girlfriends that can control your home aren’t cheap.

To refresh your memory, Gatebox lets you can talk to the holographic figure inside a glass tube. Its array of sensors include a camera, microphone, motion sensor, warmth and moisture sensors, luminance sensor, and touch buttons. So it’s more like it’s more like a pricey Google Home or Amazon Echo than an actual robot, since it can’t get up and move around.