I’m not a big toy collector, so I am not too familiar with Beast Kingdom’s action figures. This one is supposed to be based on Darth Vader as seen in Rogue One. The proportions are all wrong for the helmet though, which I assume to be the thing with these Egg Attack figures. The giant helmet makes me think of Spaceballs and Dark Helmet. 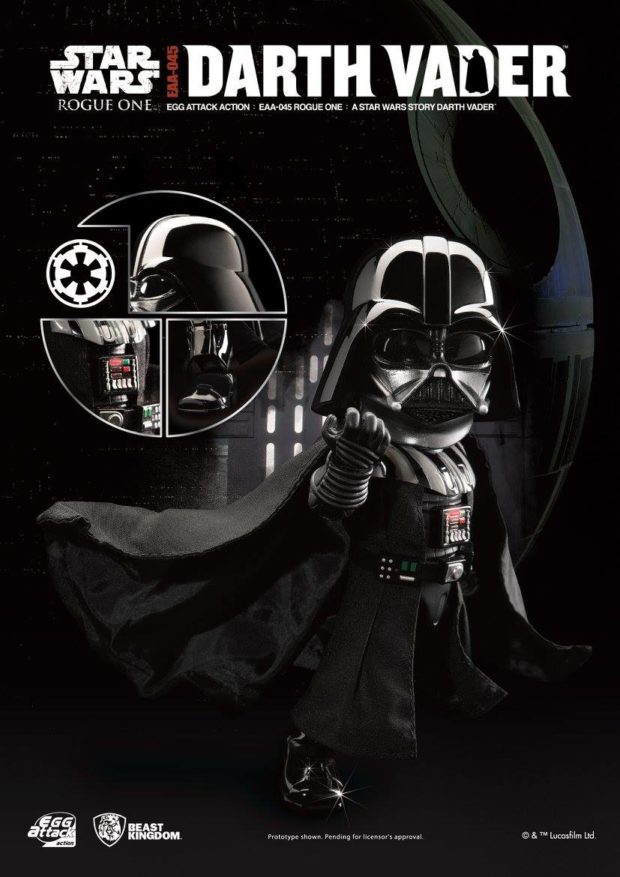 The 6-inch-tall Vader figure has LED lights on his chest and makes the sound effects of his familiar breathing apparatus. The figure has 26 points of articulation, and the Dark Lord’s vest and cape are made of fabric with wire inside, so you can pose it dramatically. Three sets of hands are included along with Vader’s lightsaber. 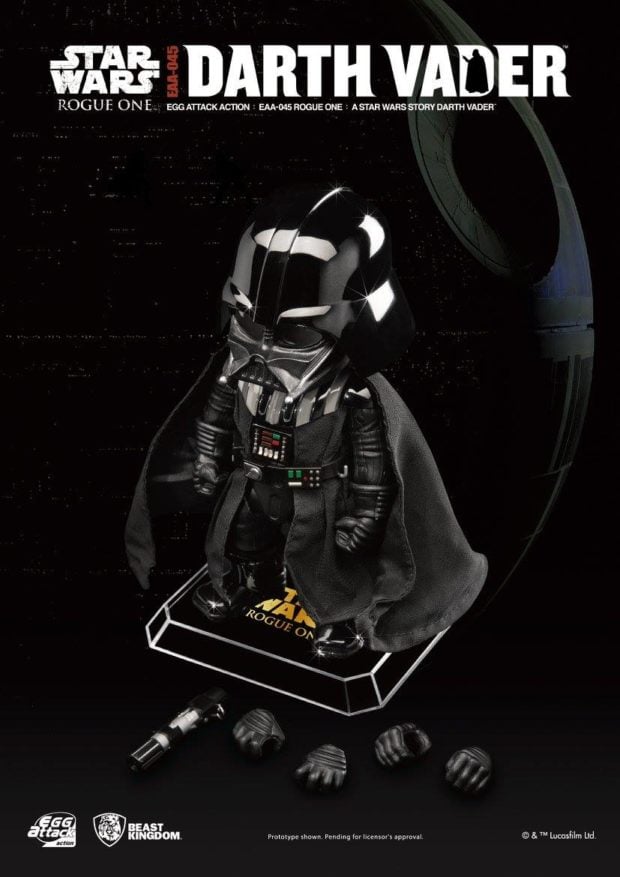 He looks ready to make the jump to ludicrous speed at any second. The Egg Attack Rogue One Darth Vader will ship in May 2017 and can be pre-ordered for $89.99(USD) from Entertainment Earth.