I like Negan, he’s a stone cold killer that will literally smash your head in, but he’s kind of funny in a screwed up way. When he popped Glenn’s eye out with Lucille, it was brutal, and he was grinning the whole time. I was hoping it was Carl that would get his brains bashed in, I hate Carl. If you like Negan like I do, he is getting his own Funko Pop! Vinyl figure. 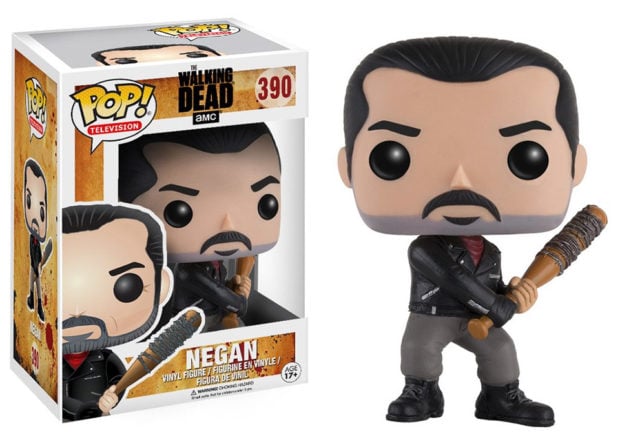 The figure has Negan’s slicked back hair and stubble, and of course he’s wearing his iconic leather jacket. That thirsty bitch Lucille is there as well all wrapped in barbed wire, because smashing you with a plain bat doesn’t hurt enough.

Negan’s action figure is set to arrive this month for $10.99(USD) over at Entertainment Earth. Now go get my axe.