Great Scott! Build Your Own Self-Lacing Nikes with LEGO

Back to the Future II showed us so many cool and futuristic inventions, but one of the coolest were the sneakers that automatically laced themselves. The problem is that even though Nike is finally producing them for real, they cost over $700 a pair – if you can even find them. Why not use LEGO bricks and create your own for much less money? 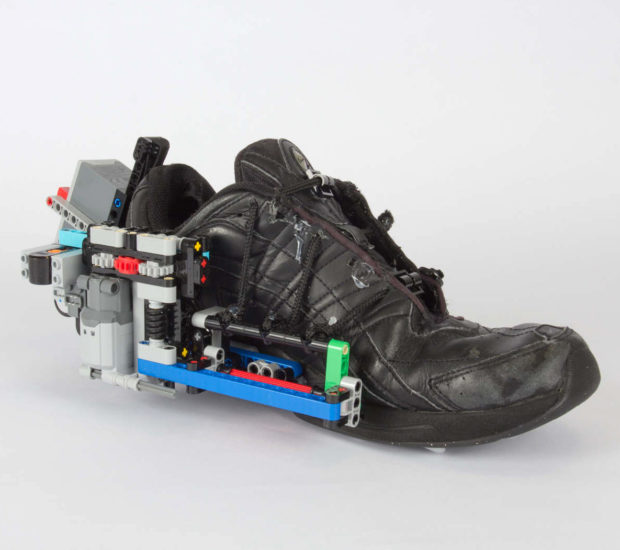 That’s what Vimal Patel did. He even documented the creation of his self-lacing shoes so that the rest of us can create a pair. You’ll need some LEGO Power Functions parts, a Dremel, a hot glue gun, and some imagination to trick yourself into thinking they are as cool as Nike’s version.

Let’s hope they don’t fall apart when you are walking or riding your Hoverboard, as you try to escape from Biff and his gang.

[via New Atlas via Sploid]