Leia vs. Jabba in LEGO, Whoa.

One of the most iconic scenes in the entire Star Wars saga has to be the moment in Return of the Jedi where Princess Leia chokes the life out of Jabba the Hutt. After turning her into his personal slave, dressing her in an uncomfortable metal bikini, and shackling her in chains, Leia had quite enough. Now, this classic moment has been memorialized in LEGO, courtesy of artist Iain “Ochre Jelly” Heath. 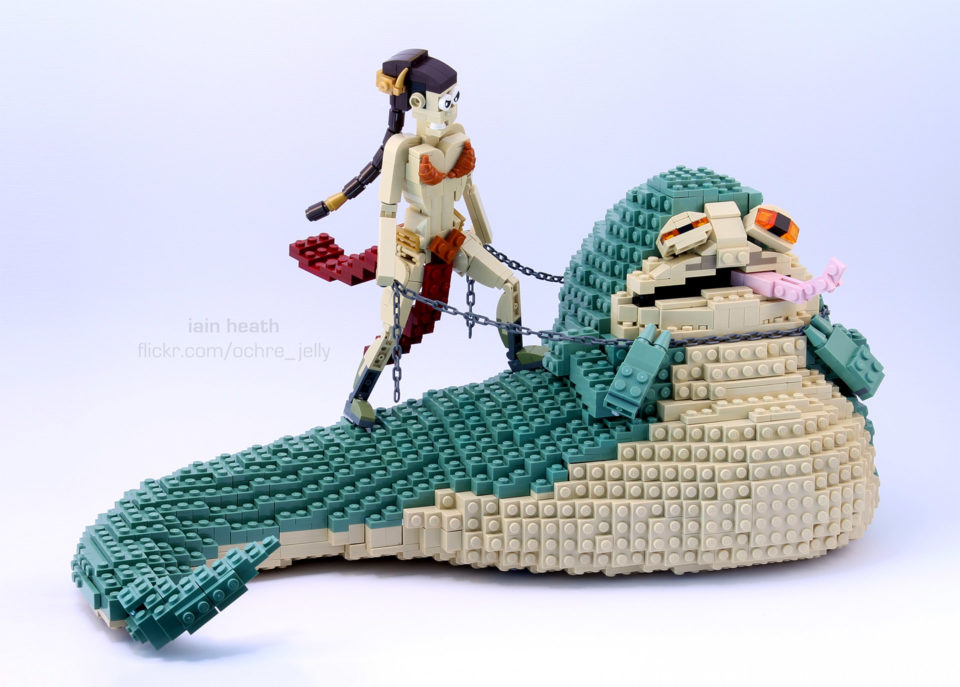 This amazing build perfectly captures the moment, from the chains around Jabba’s neck, to the giant tongue sticking out of his mouth as he gasps for his last breath of air. It’s an amazing build, and I wish LEGO would turn this into an official kit, even though I know it’s something they’d never do. 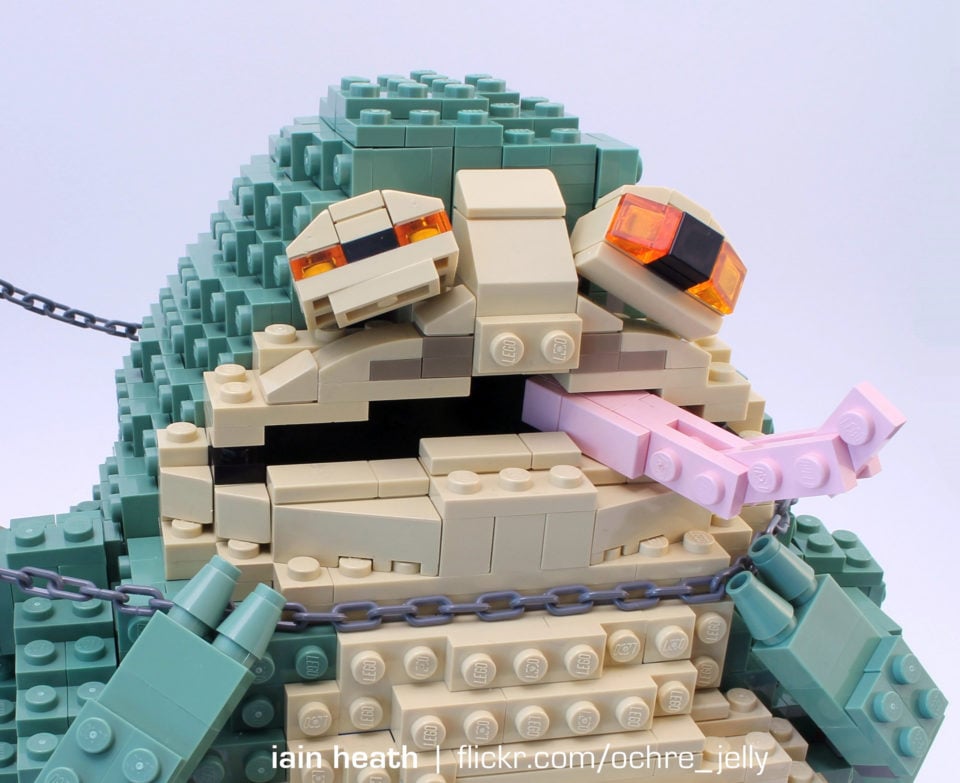 Check out the full image gallery over at Flickr. Amazing job, Iain!