You might remember that leaked footage of Boston Dynamics’ latest killer robot, Handle. Well now they’ve released an official video of Handle so we can all be officially terrified. 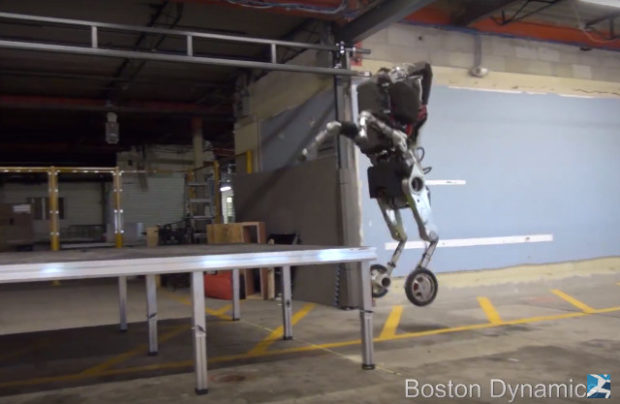 This wheel-legged robot is the stuff of nightmares. It moves around at speeds up to 9 mph, can lift 100 pounds, go down stairs, and has all of the hallmarks of a robot that can chase us down and kill us dead. It can even jump obstacles and on top of tables, so no one is safe, even in a cafeteria.

The apocalypse, brought to you by Boston Dynamics. How much will it cost to build a fallout shelter, because I give up.