Every Instrument In This Rock Band Is Played by Rocks

Last year, artist and inventor Neil Mendoza turned a hamster running in a wheel into art. How do you follow up such a feat? By creating a rock band of course. Powered by real rocks. 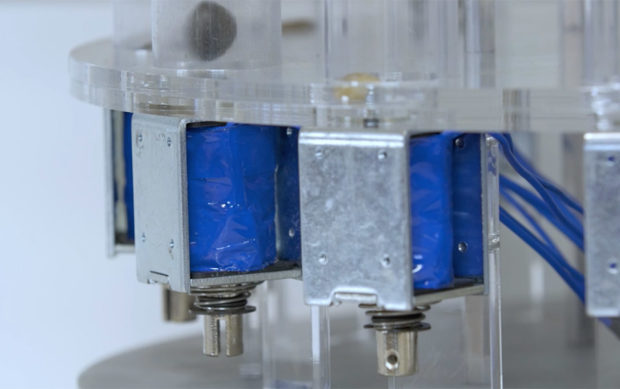 In his latest work, Neil turned rocks into an actual rock band that plays a cover of The Beatles’ Here Comes the Sun. You would think that something by the Rolling Stones would have been more appropriate.

The band is basically a bunch of electromechanical devices that make music by firing small rocks at aluminum keys, spinning rocks and hurling them against a piece of marble, or by slapping larger stones with fake leather. The rocks are both the musicians and the instruments. The band’s lead is a computer with a MIDI player.

Want to build one yourself? Mendoza has created an Instructables tutorial showing you how. This is true rock music.