Zelda Fan Controls His House With an Ocarina

Are you a Legend of Zelda fan? Nah. You thought you were, but you haven’t seen Allen Pan’s crib yet. His entire house is ocarina-powered. That’s a true Zelda fan. Your countless hours of devotion suddenly mean nothing. 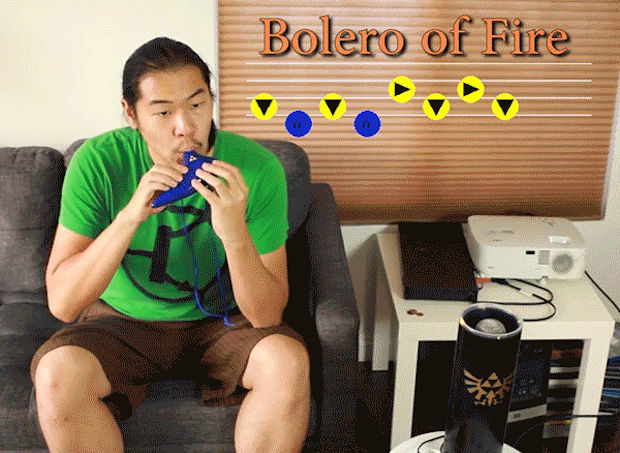 Allen built a Raspberry Pi-based system that can recognize several tunes from the Zelda games, and they each correspond to different actions like unlocking the front door, turning up the thermostat, flipping the lights on, or watering some house plants. It’s basically every Legend of Zelda fan’s dream.

There are Wi-Fi-enabled modules all around the house, so the Song of the Sun will fill the house with light no matter where it is being played from. I admire this man’s dedication to a life filled with Zelda.