Apparently, a drunk guy got into a scuffle with a Knightscope K5 security robot, and by scuffle I mean he knocked the 330-pound robot over. Maybe in an effort see if Weebles really do wobble, but don’t fall down, since the thing does look like a giant Weeble. I’m just guessing here. 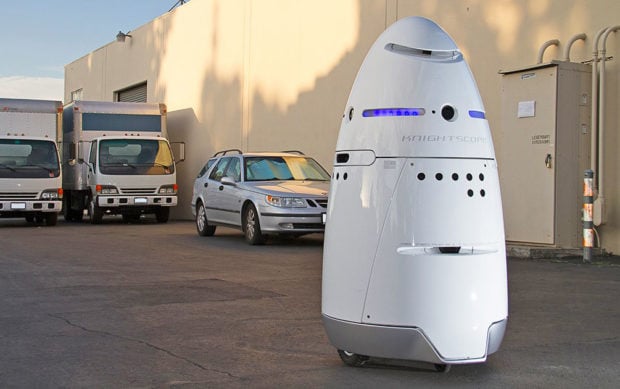 Anyway, one of the five-foot droids took a fall last week in Mountain View, when a drunk man decided he didn’t like droids. Jason Sylvain knocked down the robot while it was patrolling a parking lot. Now the man faces prowling and public intoxication charges. Stacy Dean Stephens, Knightscope’s VP of marketing said, “The robot did exactly as it was suppose to do. The ‘assault’ was detected and immediately reported. The alarms on the robot sounded, the suspect attempted to flee the scene and was detained by one of my colleagues and me until the Mountain View Police arrived.”

I just want to know how this guy took down a 330-pound robot. Maybe he should play football.

[via C|Net via Engadget]