Growing up, I got into more than a few brawls at day care over wheels to make my LEGO cars. I would then proceed to crash them repeatedly until parts were everywhere, then leave the mess and blame that weird kid who ate glue all the time. Yes, I wasn’t the most civilized of children. 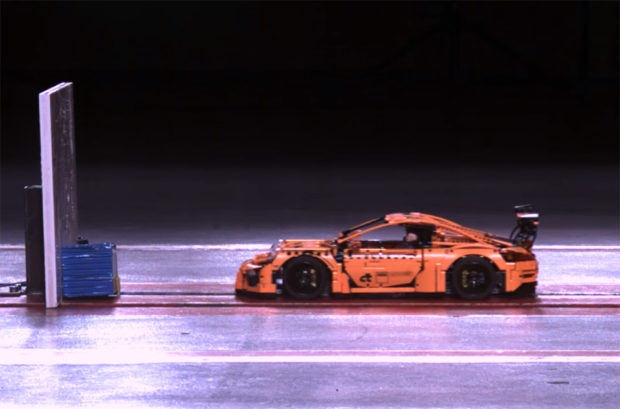 The guys at German auto publication c’t have taken the ultimate LEGO car kit, built it up, and then demolished it in spectacular fashion. They hooked the LEGO 911 GT3 RS up to the sled that ADAC uses to test real cars, then flung it into a 40% offset metal impact block. The slow motion video of the impact is particularly cool to watch.

Naturally, the result is a completely DEMOLISHED car. One can only hope that the actual GT3 RS fares a whole lot better.