A team of researchers at ETH Zurich have created another cool autonomous robot. Big surprise there, right? These eggheads are going to kill us all. Well, this robot is capable of picking up odd shaped rocks and stacking them on top of each other. 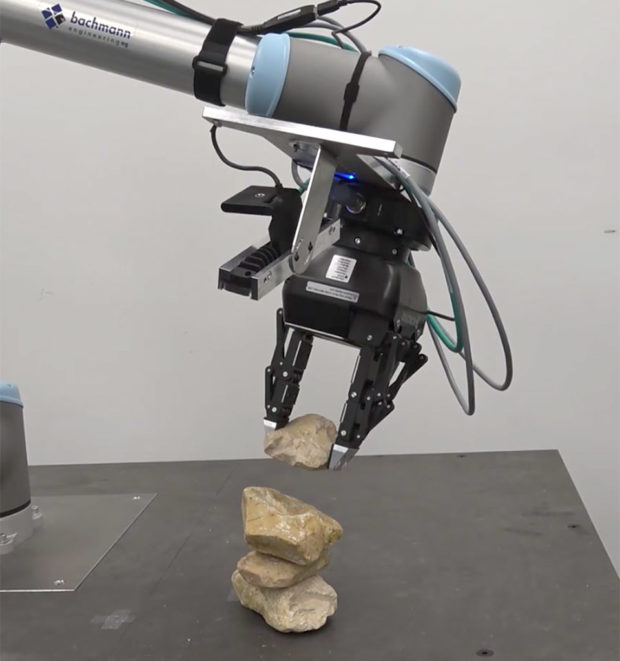 They presented the robot at the 2017 IEEE International Conference on Robotics and Automation in Singapore, where it rocked the house. Get it? Check out the video below, or read the research paper here.

It knows what it is doing when stacking odd shaped rocks. This robot would be great at building a dam out of rocks, or a garden wall of rocks. Maybe we could use it to build Trump’s border wall – and make the robots pay for it.

[via IEEE Spectrum via Laughing Squid]