Not long ago we watched a video of a LEGO Porsche being strapped to a real crash test sled and smashed into an obstacle. The LEGO Porsche was thoroughly destroyed in the test. Now we have another LEGO car being crushed into blocky bits after being fired out of some sort of air cannon. 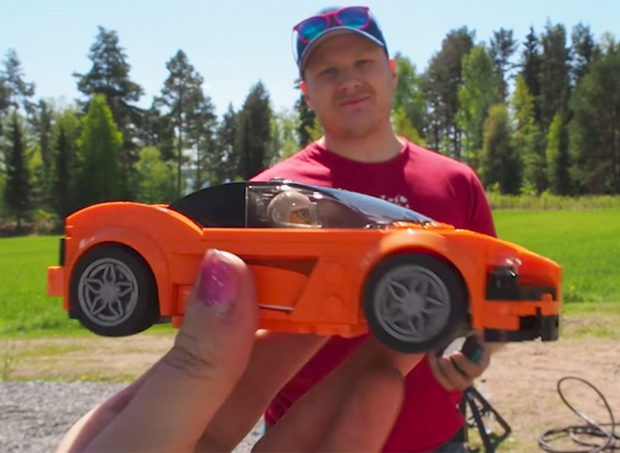 Beyond the Press loaded up their pneumatic cannon with a couple of different LEGO cars and sent them flying. The car was busted up well and good. In fact, it seems that most of the video consists of picking up LEGO pieces scattered across the landscape.

The slow motion footage actually shows how the force of the air from the cannon was enough to start the car breaking into bits long before it hit the rocks. The last time I saw a LEGO car get smashed up this good, it was shortly after it was thrown at my brothers head and hit the wall instead.