Microsoft showed up at E3 2017 armed with its latest weapon in the console gaming wars. Formerly codenamed Xbox Scorpio, Microsoft claims that the Xbox One X is the most powerful console system ever, and certainly in terms of raw specifications, it sounds like it. 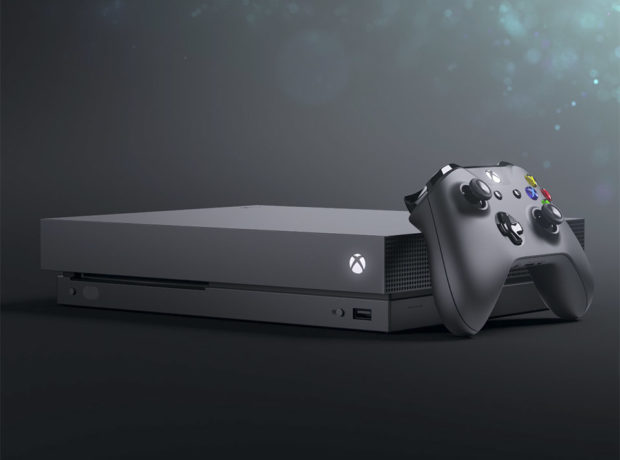 The console packs some impressive technical specs, including a custom 16 nm, 8-core CPU, a GPU capable of pushing out 6 teraflops, 12 GB of GDDR5 RAM, and 1TB of hard drive space. All that power enables 4K gameplay at speeds up to 60 fps, including HDR lighting effects. The console will also support 4K UHD Blu-ray playback with HDR, along with Dolby Atmos sound.

The Xbox One X will be fully backwards-compatible with Xbox One accessories and games – and can improve their visual quality in terms of frame rates and added anisotropic filtering, while also improving load times. Even when viewing games on 1080p displays, the new console can render in 4K, then perform supersampling to improve visual quality on those displays. Going forward, it appears that most games will be released for Windows 10 and Xbox One, and with special 4K and HDR enhancements for the Xbox One X when developers want to support the system’s capabilities.

Microsoft also says the Xbox One X is the smallest Xbox ever, despite its impressive performance. Here’s a side-by-side of the Xbox One X with the current Xbox One S. 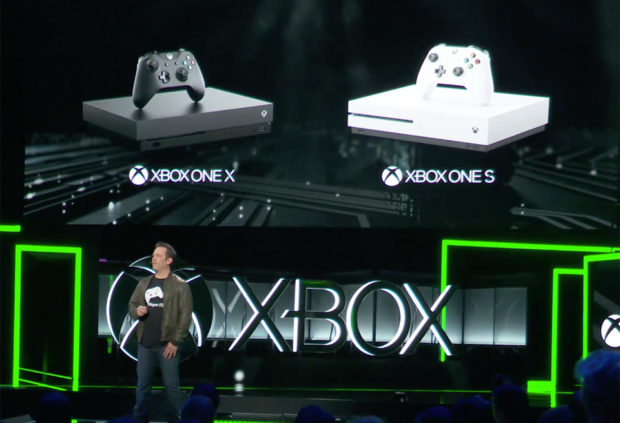 Microsoft will be releasing the Xbox One X for $499(USD) on November 7, 2017, just in time for the busy holiday shopping season. Keep an eye on Amazon’s product page for your chance to get in early on the pre-order madness.

While we don’t have a complete list of launch titles yet, some of the games slated to be available for the Xbox One X launch include Forza Motorsport 7,  PlayerUnknown’s Battlegrounds, The Darwin Project, The Last Night, The Artful Escape, Tacoma, Aurora 44, Crackdown 3 and more.

In addition to new titles, numerous existing Xbox One titles will get Xbox One X enhancement updates, including Gears of War 4, Forza Horizon 3, Killer Instinct, Minecraft, and Halo Wars 2.

Here are a few trailers from some launch titles: