This Robot Plays the Marimba Way Better Than You Can

A while back engineers at the Georgia Tech Center for Music Technology built a robot that can play music. Mason Bretan’s robot goes by the name Shimon, and is a four-armed, marimba-playing robot with some serious smarts. Over the years, it’s been seen playing a variety of pre-programmed tunes, but more recently, it’s learning how to compose its own music. 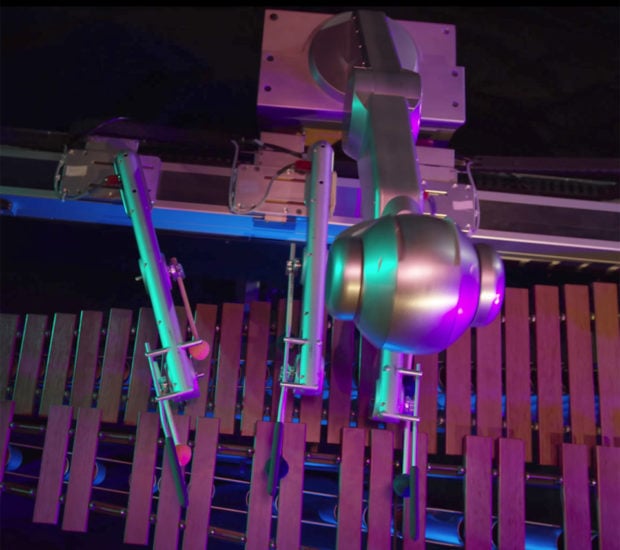 It has a vast library of songs that it uses to help it write the music that it plays – about 5,000 songs from composers like Beethoven, Miles Davis, The Beatles and many many more. Thanks to machine learning algorithms, you can give this bot the opening four measures of a song, and it will use its knowledge to improvise its own tune and play it.

Shimon will perform in a concert at the Aspen Ideas Festival at the end of the month if you want to see it live. The music it plays is pretty easy on the ears. If you liked what you heard, here are a couple of additional videos of Shimon performing some lengthier improvised tracks: