Want an extra thumb? Check out the Third Thumb, a prosthetic extra digit designed by London’s Royal College of Art grad student Dani Clode. The idea is that the additional finger can provide more versatility for gripping and interacting with objects than with just five fingers. 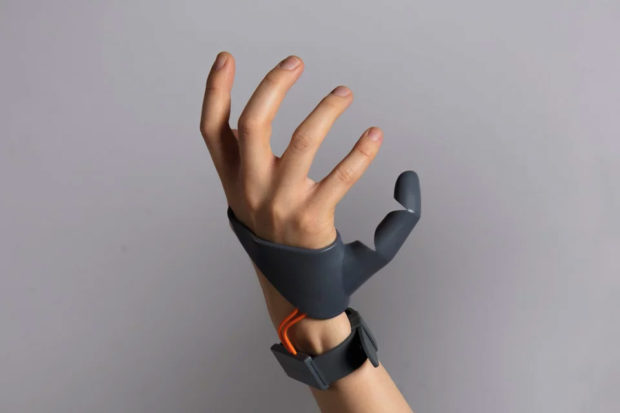 Basically, this additional finger attaches to your hand with a strap and is connected to a bracelet with a motor and battery that powers the movement. The gripping is controlled by a pressure sensor in the heel of your shoe, which is relayed to the bracelet using Bluetooth. After seeing the video demonstration, I think I could use another thumb. Looks pretty handy. Pun intended.

Dani says the Third Thumb was designed to “reimagine what we think of as a prosthetic – something that adds capabilities, rather than just replacing those lost.” It is a cool idea. We’re going to need some extra body parts if we are going to keep up with the robots.

[via The Verge via Geekologie]