If you’re serious about PC gaming, you can always use a bigger, wider display as far as I’m concerned. It just makes things more immersive than playing on a small screen, when the image takes up a big chunk of your field of vision. AOC has got gamers covered with their Agon AG352UCG, a 35″ ultra widescreen display optimized for gaming. 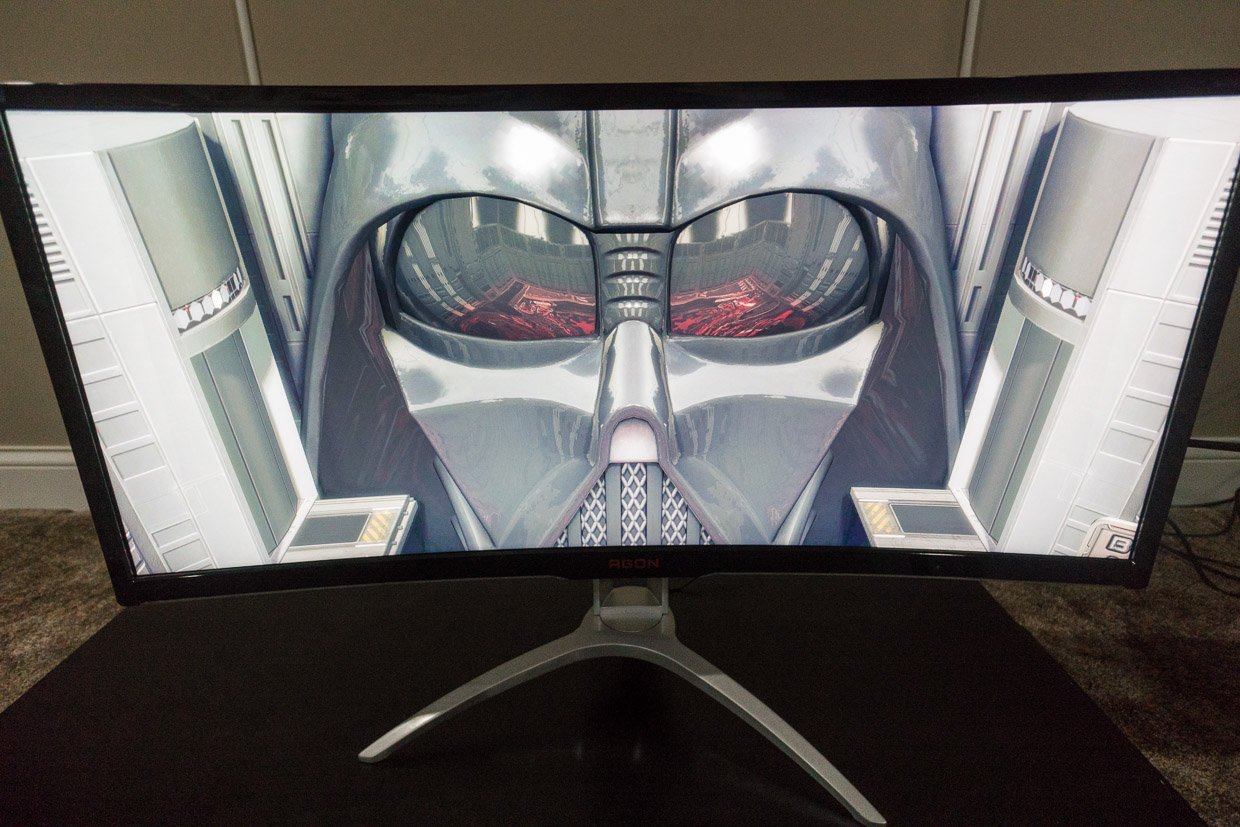 The display is designed to provide maximum screen real estate, while offering buttery-smooth performance for games that require a quick refresh rate. AOC’s display offers an approximately 21:9 display ratio with a 3440 x 1440 resolution. This means you can fit more than twice as many pixels on screen as a standard 1080p HD screen. 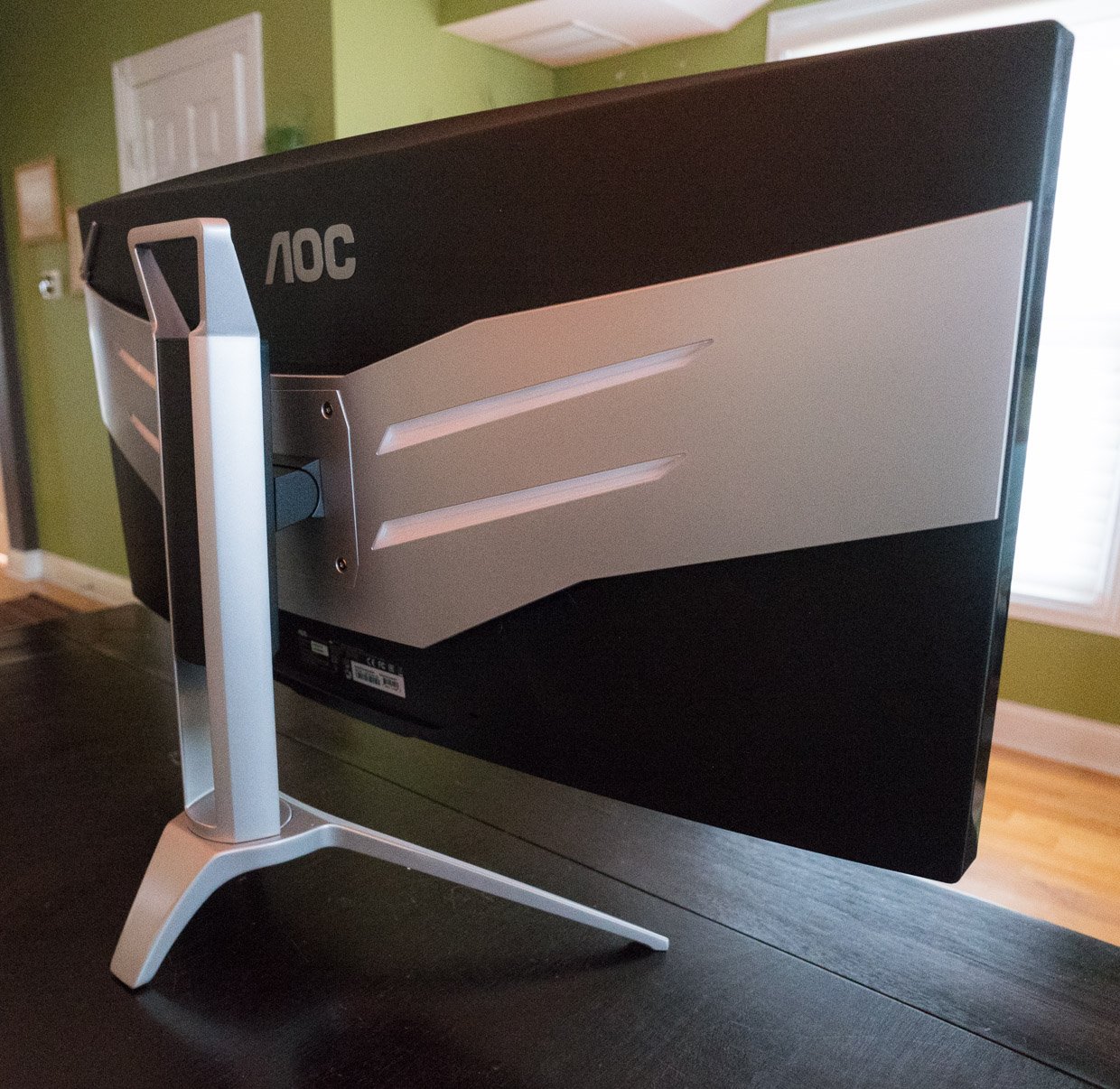 Of course, you’ll need a powerful display card to push around nearly 5 million pixels. In my case, I used a 6GB NVidia 980Ti card I have in my gaming rig, and it was more than capable of handling this resolution screen. I only tested the display with the DisplayPort 1.2 connection, but there’s also an HDMI 1.4 port as well. However, the HDMI connection only supports a 24-60Hz vertical refresh rate, while the DisplayPort connection supports 30-100Hz, which results in much smoother overall motion. It’s also got a pair of USB 3.0 ports, and one of them supports charging. 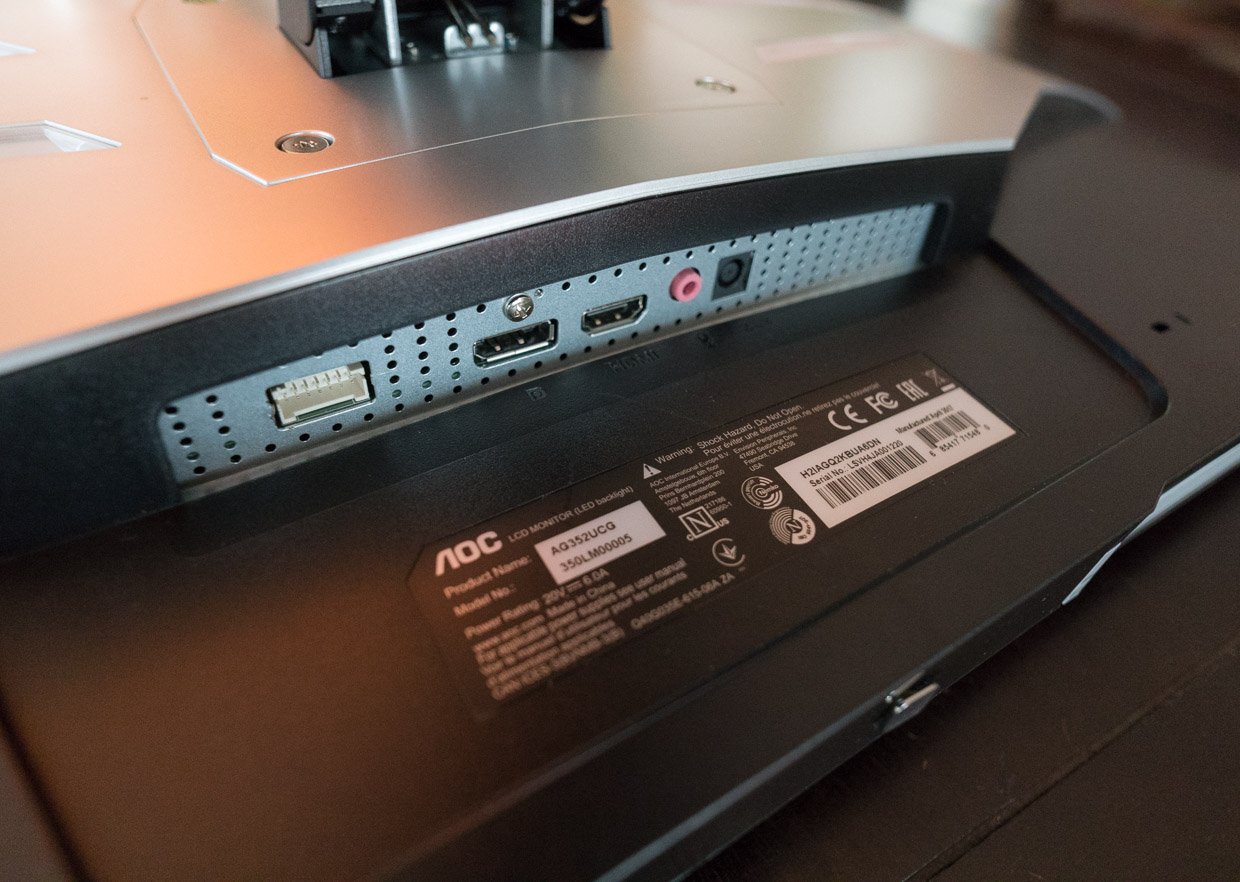 Once connected, it took me a few minutes to figure out how to tweak the display’s settings. It turns out the power button doubles as a nubby little joystick, kind of like the ones you might find on a ThinkPad computer. It’s a little twitchy to be honest, and I accidentally switched inputs on more than one occasion as I attempted to navigate the menus and fine-tune brightness, contrast, and other settings. Fortunately, this isn’t something you have to do often. 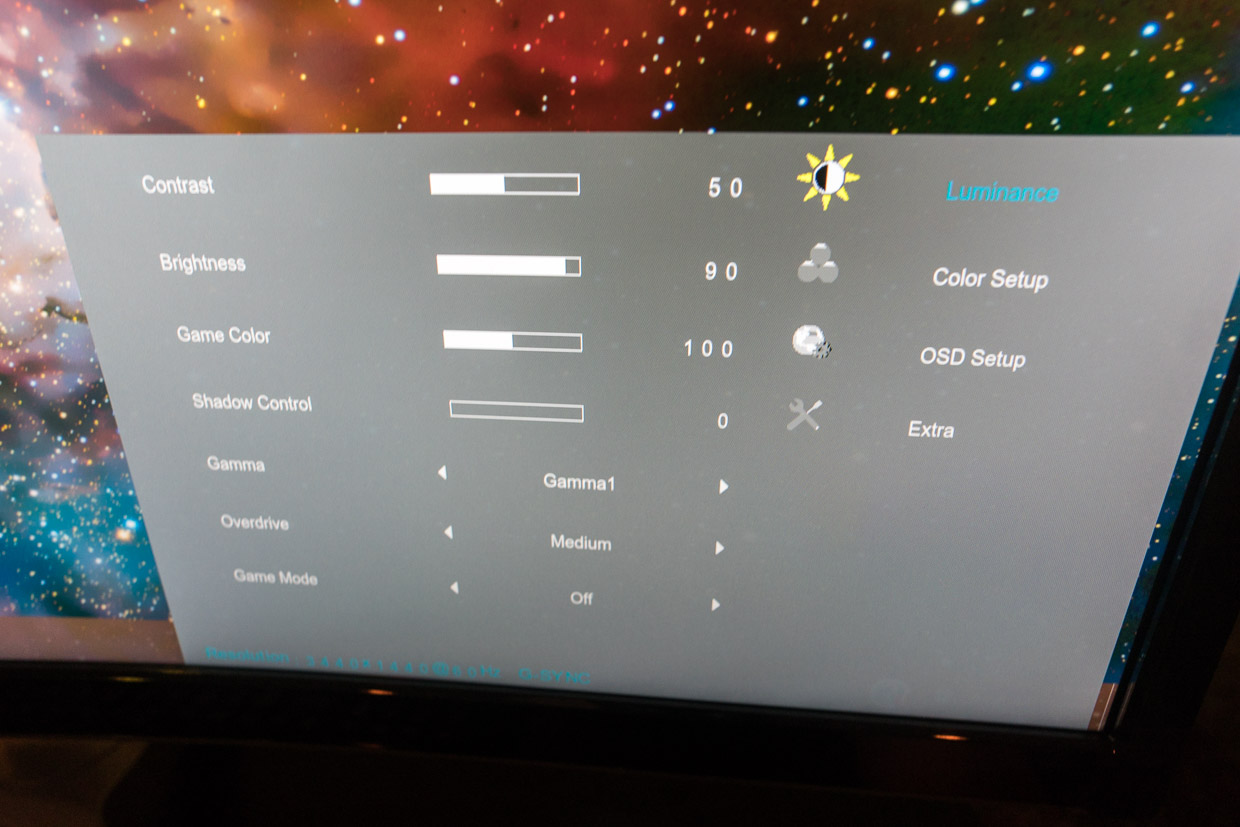 I didn’t use any professional calibration software, but merely adjusted things to my liking like most people do. I turned down the brightness a bit, increased contrast, and punched up the color to make things pleasing to my eye. For gaming, the punchy colors and curved screen contour are great, though video snobs may take issue with the somewhat cloudy backlight when viewing a completely black screen. However, while playing games, watching videos, and surfing the web, it was unnoticeable. Contrast definitely isn’t as good as it is on the full-array LED backlit or OLED TVs out there, but for a moderately priced gaming monitor, it’s totally acceptable. 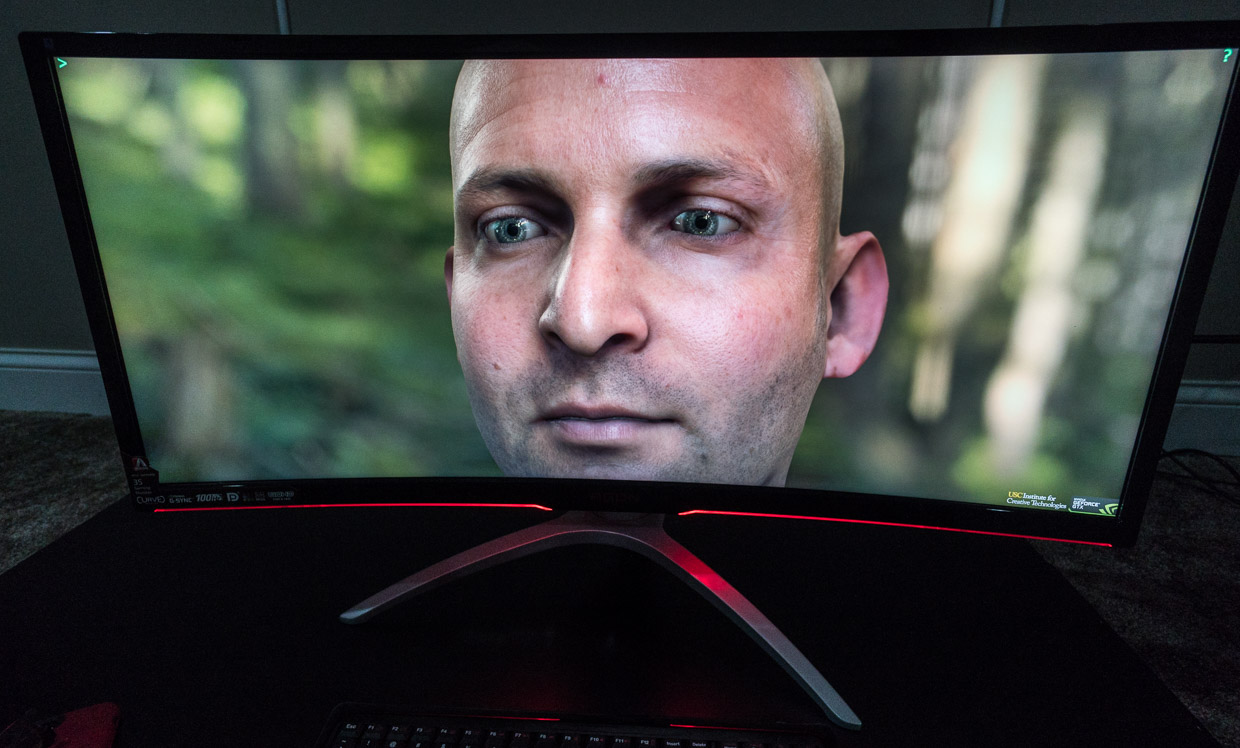 One of the big reasons that this display is ideal for gamers is how smoothly it renders movement. The 100Hz refresh rate, combined with a speedy 4 ms response time keeps it snappy, and playing games that support NVidia’s G-Sync technology makes it really shine. For those of you unfamiliar with the tech, basically, it dynamically adjusts the sync rate to match the video cards render rate, eliminating that annoying “tearing” that can happen on some displays, and does it without the stuttering and framerate hit that can happen when turning on vertical sync. This feature is a godsend in FPSes and strategy games where there’s lots of scrolling.

While this screen is targeted at gamers, it’s also great for productivity. You can work on massively wide spreadsheets, or have multiple full-size windows open side by side. It doesn’t have the pixel density of similarly-sized 4K displays, but text is crisp enough to be legible without magnification using Windows 10’s system default sizes. 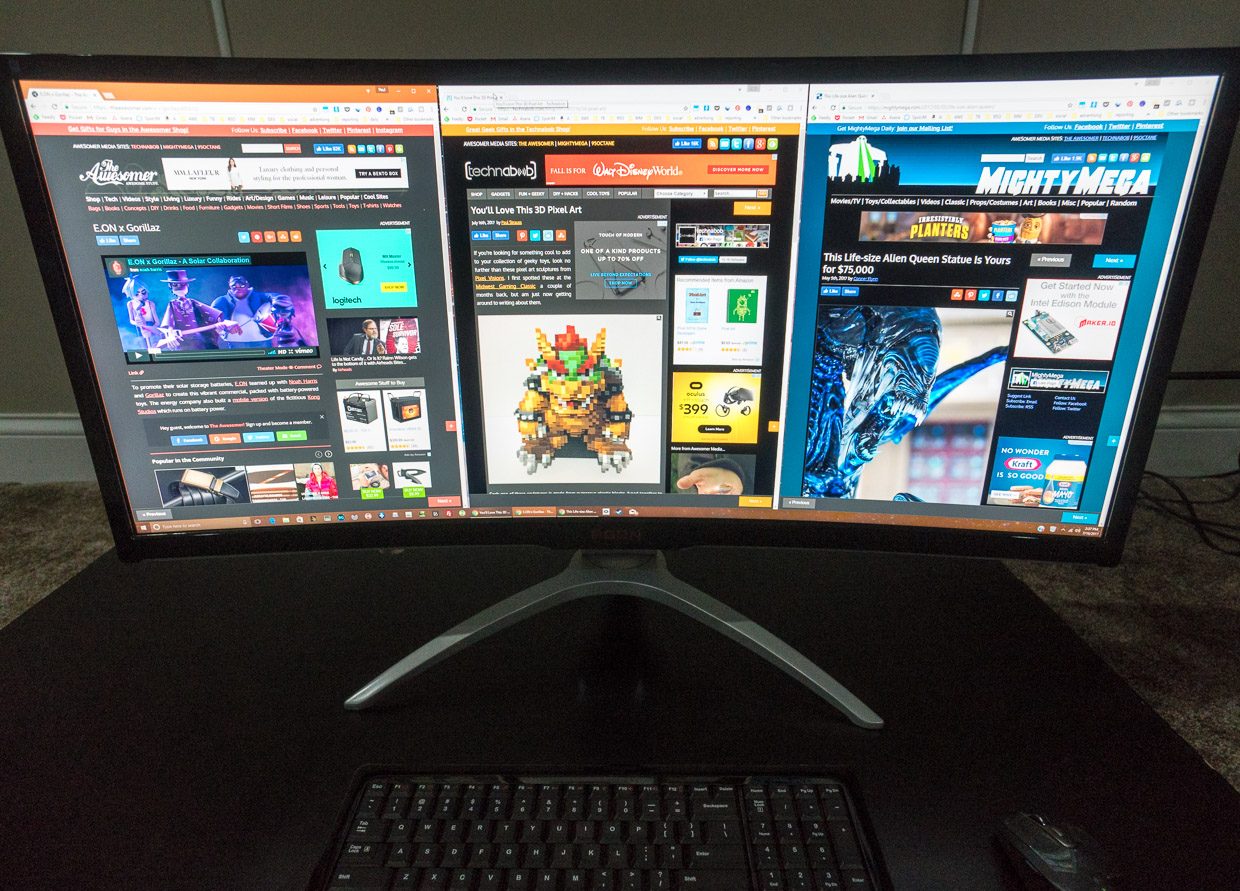 The display also has a pair of 2-watt speakers built in, and they sound quite good. They’re not crazy loud, but they’re nice to have if you don’t if you don’t want to have additional speakers on your desk. There’s also a good amount of adjustability here, with the ability to slide the display up and down on it stand, tilt it up to 5.5º forward, and up to 28º backwards, as well as swivel it side-to-side. The base is also nice and heavy, so you don’t have to worry about it wobbling around.

For those who want a little extra pizzazz with their displays, it also has colorful LEDs along the bottom edge of the display, as well as on the back. You don’t get fine-grained control over color – just red, green, or blue, brightness level, and the ability to turn them off. As cool as they look, I found the LEDs to be a bit distracting when playing in a darkened room. 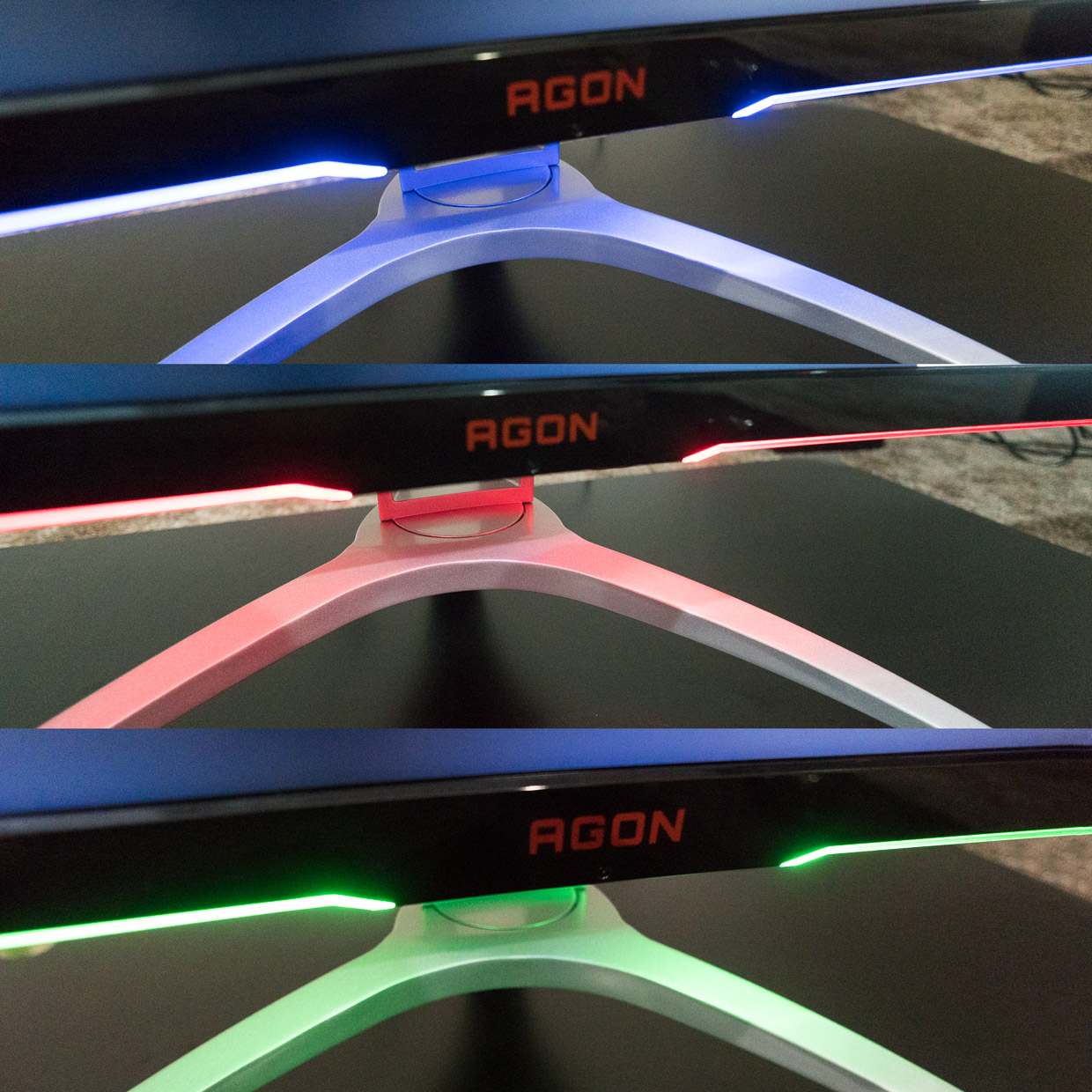 Gamers will be quite happy with the AOC AGON AG352UCG monitor. It’s got a huge, immersive field of view, superbly smooth and fast motion capability, and a substantial build quality. It’s currently priced at $899.99(USD) over on Amazon, making it substantially better priced than its top competitors. 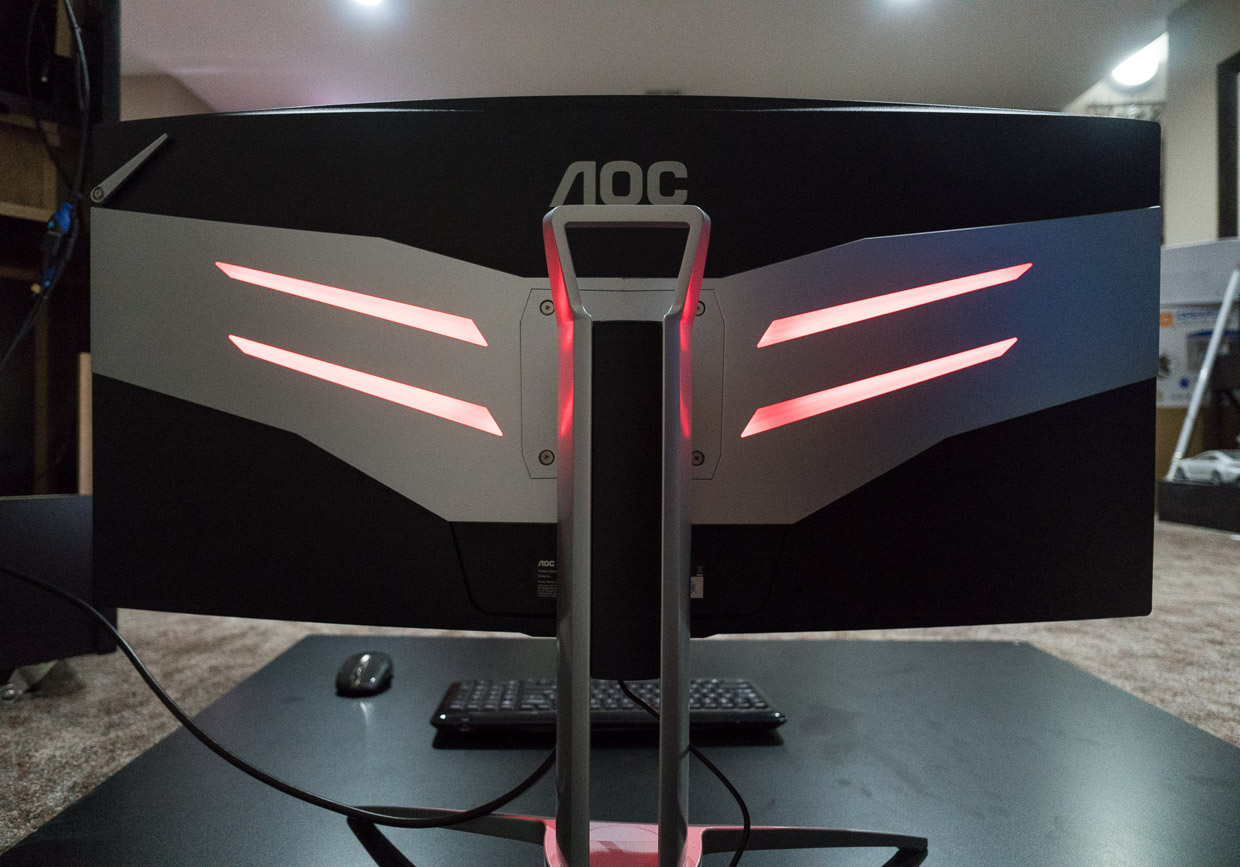