I’m a huge Stranger Things fan, and I am looking forward to the new season in a big way. I really, really, (really, really, really) hope that the second season is able to live up to the standard that the first season set. One of the things that lent to the retro ’80s feel of the show was the awesome soundtrack. 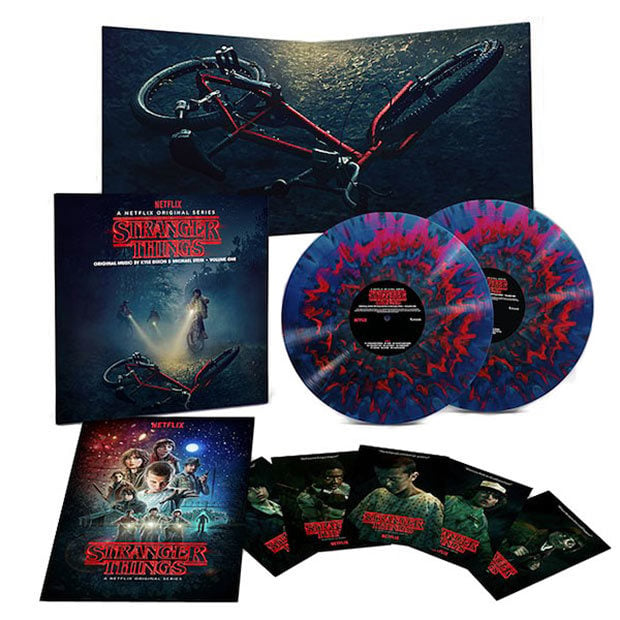 Check out this Stranger Things Deluxe Edition record set, with two LPs rocking 36 tracks from the show. The two records pressed into a cool red, blue, and black splatter style vinyl. The records look awesome. Along with those two discs you get an 11″ x 17″ poster of Will’s bike lying there in the spooky night. You also get five 4″ x 6″ character cards of the main characters from the show. 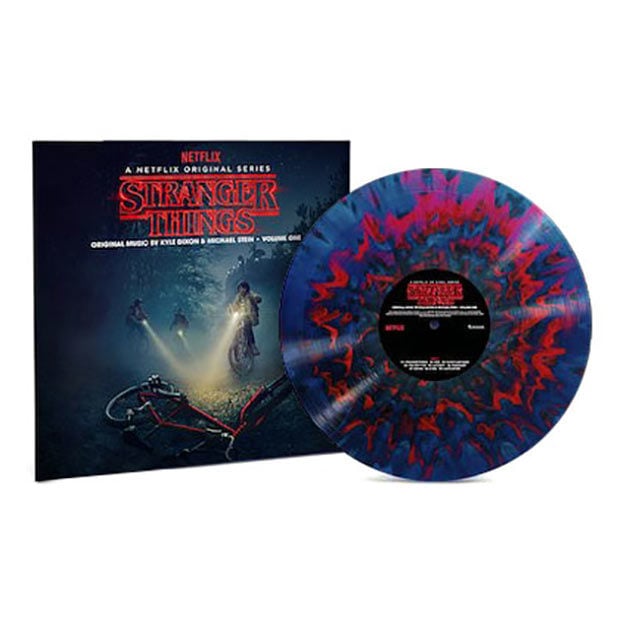 The score was composed and performance by Kyle Dixon and Michael Stein, and the track list appears to include every piece of music from the show including the awesome title track. The record set is available now for $44.99(USD) over at ThinkGeek.