Many fans fondly remember LEGO set #1682, the Space Shuttle Launch. It was released 27 years ago, and is a classic. Well, last month Adam Woodworth created a tiny drone version of LEGO’s shuttle that could fly indoors, which was cool enough, but now he has created a larger version that can fly like an RC plane. 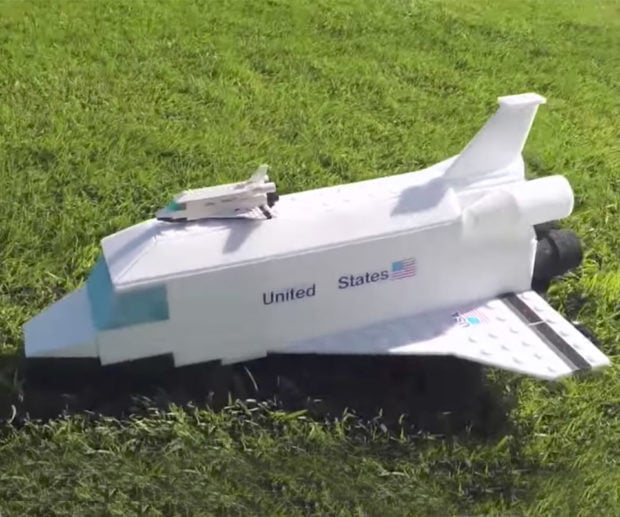 This version flies pretty well. Woodworth is actually an aerospace engineer, so it is no wonder it takes to the sky so easily. This shuttle is five times as large as LEGO’s original, and its made from 9-millimeter-thick foam sheets instead of hundreds of plastic bricks, which would be way too heavy. The motors were mounted to the moving elevons on its wings, which gives it better maneuverability in the air.

NASA needs to bring back the shuttle program, but this time it should build its ships from LEGO.