Where the Wild Things Are Gets the Balloon Animal Treatment

Despite it being a little trippy, Maurice Sendak’s Where the Wild Things Are is still one of my favorite books from my childhood. As our young protagonist Max enters the world of the Wild Things, he encounters a variety of wondrous and scary looking beasts, yet manages to win them over and become their king. 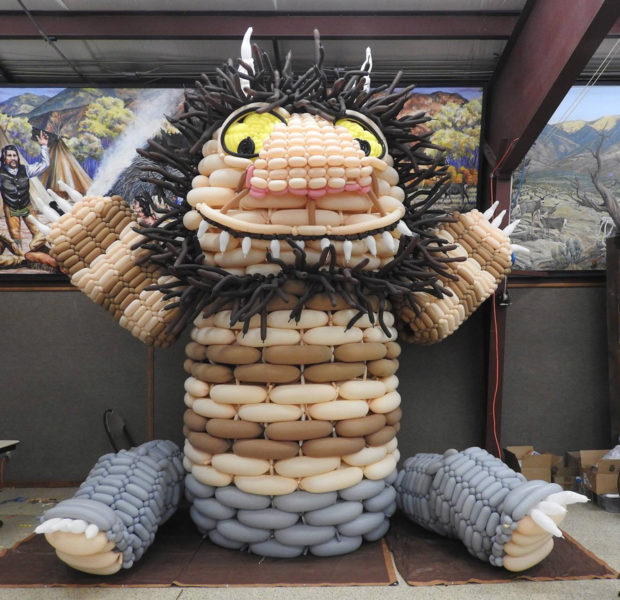 While I don’t recall any of the Wild Things being named in the book, the horned and striped fur-wearing character was called “Carol” in Spike Jonze film adaptation about a decade ago. Now, thanks to the masterful work of Balloon Guy Entertainment, we have an epic balloon animal version of Carol. 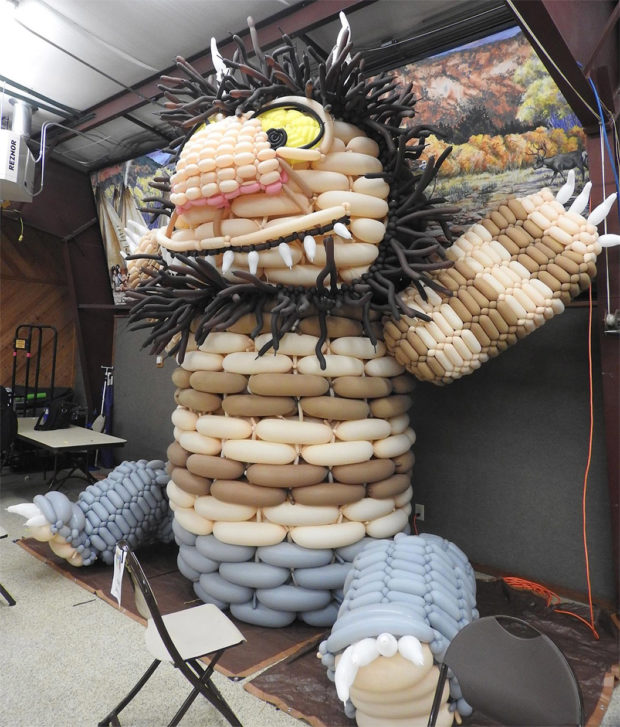 They built this incredible inflatable sculpture of the Wild Thing for Utah’s Millard County Fair, and it looks amazing. I just love all of the details – especially the hair made from skinnier, less inflated balloons. It’s really an amazing creation, and brings back all of the feels from the classic childhood story. 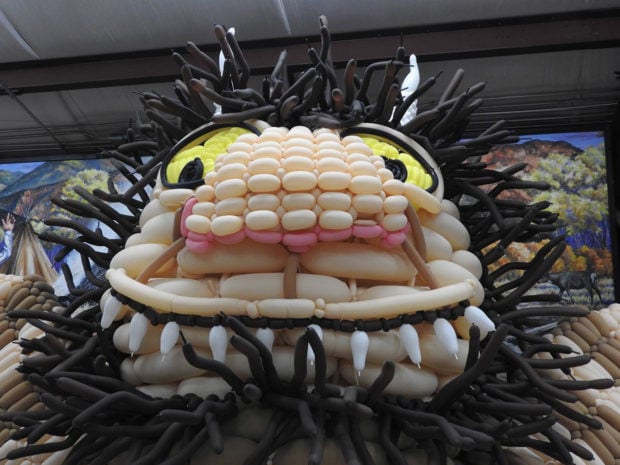 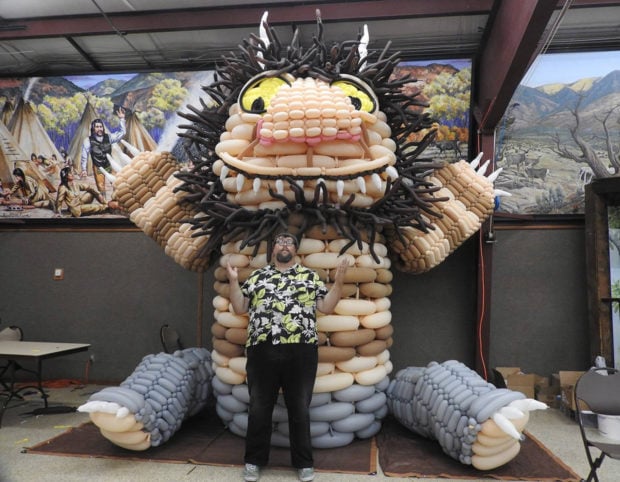