These days, all kinds of desktop playthings take advantage of magnetic levitation, from speakers, to gadget chargers, to clocks. Now, you can have your own personal hot air balloon that uses magnets, not hot air to float. The aptly-named Float lamp looks just like a miniature hot air balloon as it floats there above its magnetic and inductive charging base. 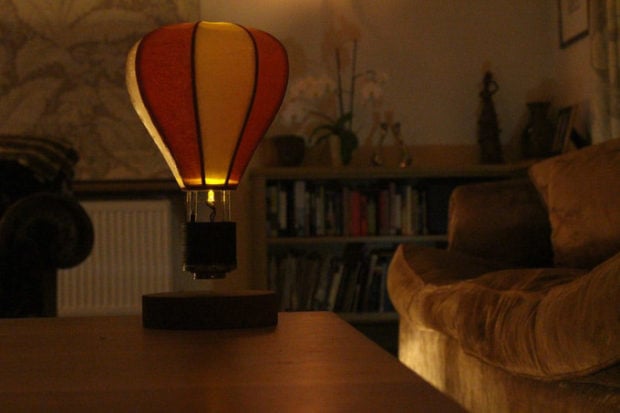 The lamp hovers about 3/4″ of an inch above its hardwood base, spinning with the slightest push or breeze. It’s not very bright, since it’s lit by just a single warm yellow LED, but it still looks pretty spiffy, and it’s dim enough to work as a nightlight.