We’ve seen some pretty cool mechanical LEGO creations over the years. Here’s another one worth checking out. I was recently turned onto the work of LEGO expert builder Yoshihito Isogawa by the fine folks over at The Kid Should See This. Isogawa makes all kinds of cool builds using LEGO, Technic and Mindstorms components, including this strange looking contraption. 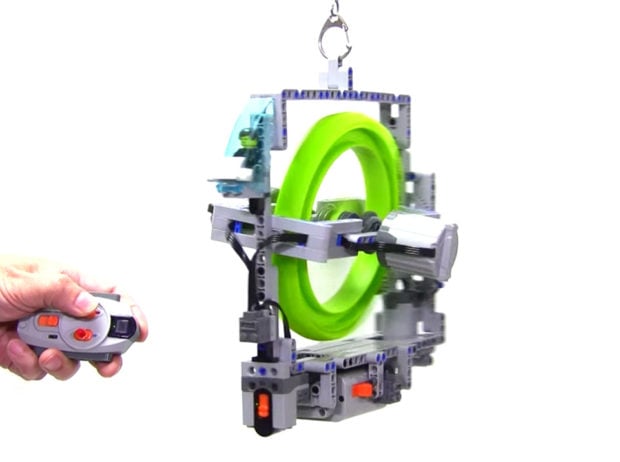 What you’re looking at here is a hanging construction that can be maneuvered thanks to the wonders of gyroscopic motion. Basically, the machine uses a pair of motors, and gear mechanisms to allow the green spinning gear in the middle to rotate on multiple axes. As the gear spins rapidly in a circle, moving it along another axis causes the entire thing to steer.

Isogawa was inspired by a real-world device called a “Sky Juster,” a crane which is used to move loads to the top of skyscrapers to help fight against wind currents and keep loads stable. It’s a really cool idea, and unlike any other LEGO build I’ve seen before. Definitely check out the video if you have a couple of minutes to spare.