There are nerds and then there are NERDS. These nerds are some kind of super-nerd wizards with amazing powers. They are out-nerding all of the nerdiest nerds. The proof is in the video below, in which Ravi Fernando and Nick Thomas solve five Rubik’s Cubes while juggling. I see great potential for a nerd circus to evolve from this act… and I want to be the ringleader. 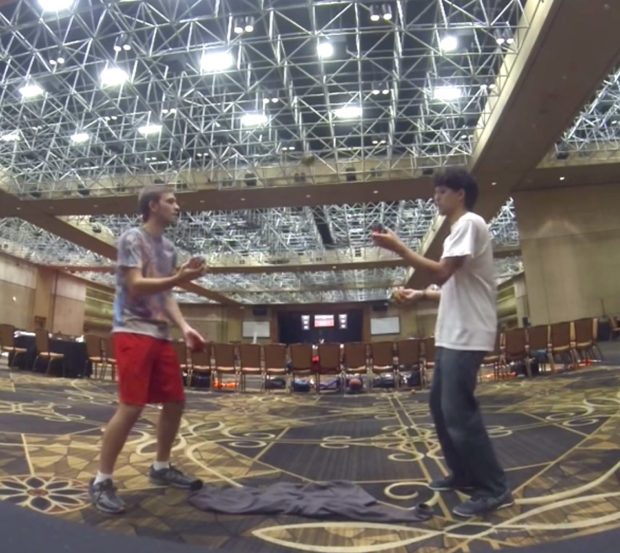 Watch as these guys each solve cubes one-handed while passing three more cubes with their other hand. Marvel as they finish each cube, then switch it out and start the next one. Step right up and see this amazing feat of geek! For their next act, they will perform a daring Star Wars vs. Star Trek debate, while solving and juggling ten Rubik’s Cubes as William Shatner and Mark Hamill also debate standing between them! It’s gonna be a great show. Call me guys, we can set this up. I’ll only take 10% of the ticket sales.

These guys are way more talented than I will ever be at both solving Rubik’s Cubes and juggling. They have a real future in all kinds of puzzle solving sports.