These Robots Exercise, Sweat, And Are Ready for a Montage

Last year we showed you Kengoro, a Japanese robot that exercises and even sweats. Well, now the machine is back in the news and he brought a friend named Kenshiro. The pair like to get buff, compare muscle mass, high five each other, and say “bro” a lot, before filming Rocky-style montages of more workouts. You’re right, I made a lot of that up, but once the technology exists, that stuff will happen too. Mark my words. 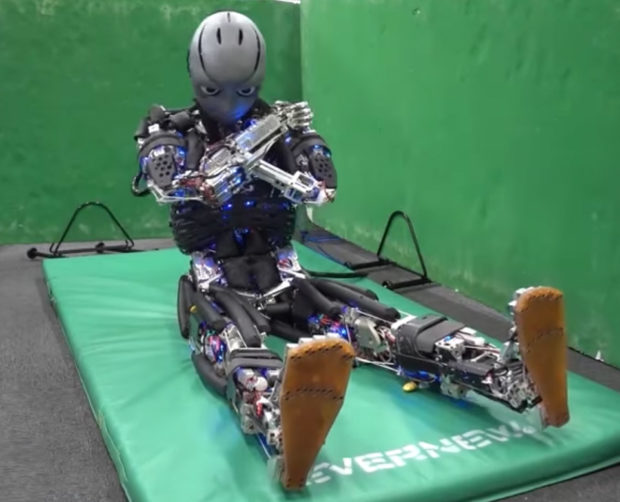 These two humanoid robots come from a team of Japanese researchers from the Graduate School of Information Science and Technology at The University of Tokyo. Kengoro and Kenshiro are designed to help with the design of future crash test dummies, prosthetic limbs, and also to help us better understand how humans move. That’s why these robots are able to perform human-like movements, exercise, play badminton, and sweat in order to cool down… not because scientists think that robots should workout and stretch before they chase us down and kill us. At least, that’s the story they are going with for now.

Also, now that I’ve watched the video, I can say for sure that there is nothing creepier than watching a robot do sit-ups, then flex it’s neck as if saying, “Come at me bro!”

[via Science Robotics via Gizmodo]