By now you’ve probably heard about Sea of Thieves. The game has been getting a lot of hype. It’s the latest title from renowned developer Rare and it’s also a highly anticipated Xbox One exclusive. That’s a big deal so, it’s no surprise that the game is getting its own launch day console bundle. 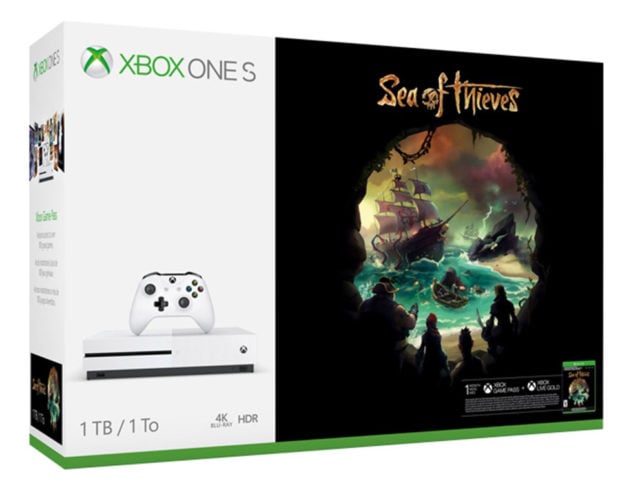 Microsoft has revealed a newSea of Thieves bundle that features a 1TB Xbox One S in a standard white console, instead of a themed console. That 1TB hard drive is a necessity today since games are so huge these days. You won’t run out of space for a little while, anyway. The bundle comes with a digital copy of Rare’s game, along with a one-month subscription to Xbox Live Gold. You’ll also get a month of Xbox Games Pass, which is Microsoft’s on-demand service that competes with PlayStation Now. And no you also are not getting the sweet Sea of Thieves controller with this bundle, but it’s still a good choice if you have not yet bought an XBox One S.

This new bundle will launch for $299.99 on March 20, which is the same day that Sea of Thieves comes out. You can pre-order the system now over on GameStop.