David Aguilar was born with an underdeveloped right arm. But he didn’t let that stand in his way, and he built himself an awesome prosthetic replacement using LEGO Technic parts. He has put a ton of time into it. In fact, he spent the last decade refining the design. 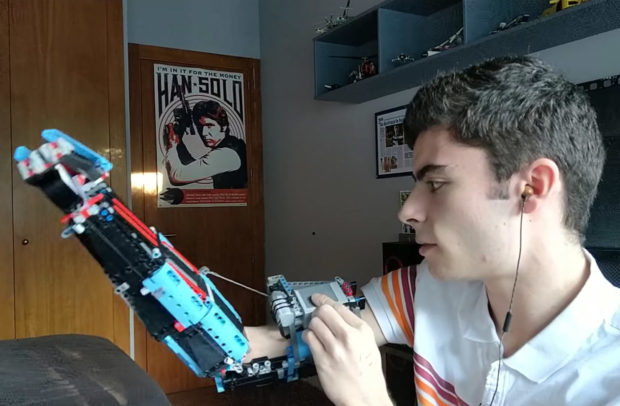 It looks very different compared to most modern prosthetic arms, but it functions extremely well. It holds on very securely, and David can even grip things with it. The arm must be good because he even uses the arm while DJing under the name ‘Hand Solo’. How awesome is that?

I’ve included another video below so you can really see just how impressive this build is. And it takes an impressive mind to refine this prosthetic as much as David has really as done an awesome job on this arm. This is just further proof that you can do anything with LEGO and your imagination.