The LEGO Clockwork Aquarium Is Filled with Cranky Fish

LEGO and aquarium are two words that don’t usually go together. As versatile as the bricks are, I’m guessing the gaps aren’t water-tight. That’s why you don’t see giant LEGO ships traveling the world’s oceans, delivering LEGO sets where they are needed. Regardless of this limitation, someone has built a LEGO aquarium. But is it still an aquarium if it has no water? Wow, that’s deep. No, it’s not deep, because there’s no water. Nevermind. 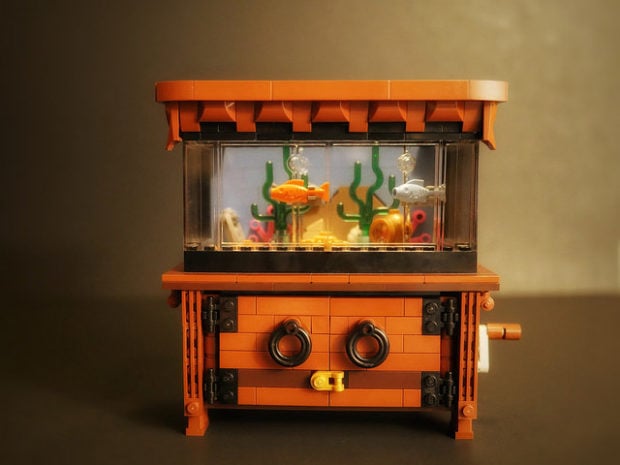 This LEGO Clockwork Aquarium was built by LEGO fan Mark Smiley. Just turn the crank and it comes to life. The fish swim around, while a crab jumps, and a starfish turns as the fish pass. It’s a neat little machine. If you like it, go ahead and give it some votes on the LEGO Ideas website. If it gets enough votes it will be considered for production.

Come on people, let’s make this an official product. We could all use this in our homes. These fish won’t die no matter how much you neglect them, because they only live when you turn the crank, and they’ll never need fish food or their fish poop cleaned out of the filters. 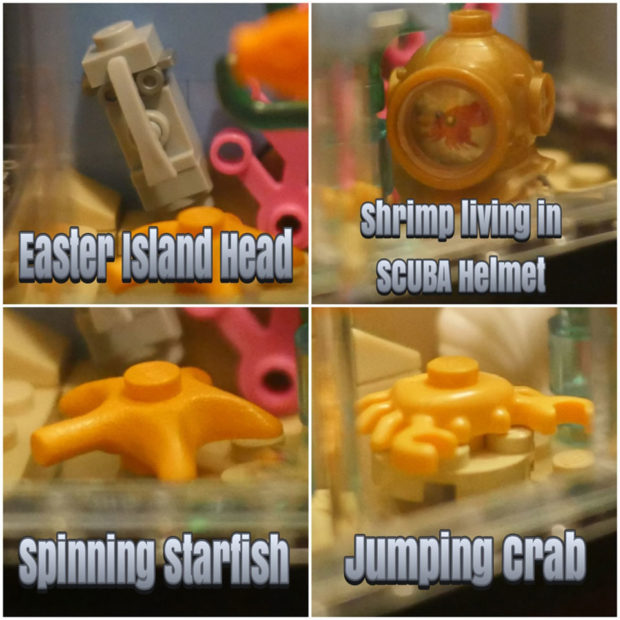 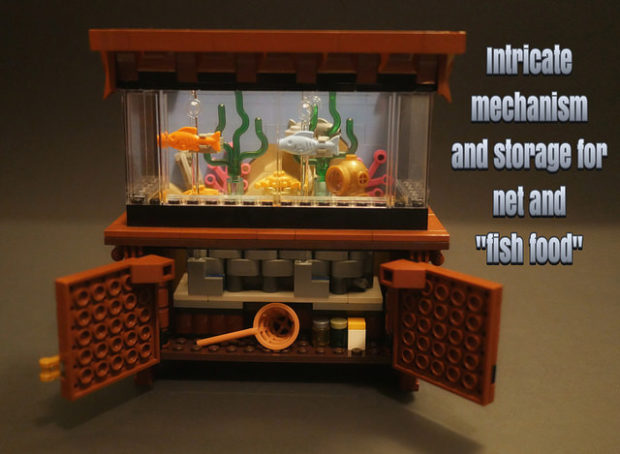