I realize that a lot of Borderlands fans love Claptrap, but I’ve always found him to be more annoying than anything. It’s that voice. Still, I can’t help but see this Claptrap Talking Car Charger as adorable and I kind of want to buy one. This little robot for your car has two USB ports so you can charge up all of your gadgets while on the go.

It plugs into your 12V vehicle power adapter and fits in a standard cupholder. His eye lights up blue when he’s getting power, so you will always know when he’s on. Use him to keep your tablet and phone juiced up while this little robot runs its mouth. He says a variety of phrases from the popular game series. He says “Hahaaaa! I am alive! Let’s get moving o’ noble henchman” when you plug him in, and “Oooh… I finally got an excuse to turn this on” and “How ya feelin’ minion? Ya feelin’ good? I’m feelin’ good” when you use his charging ports. 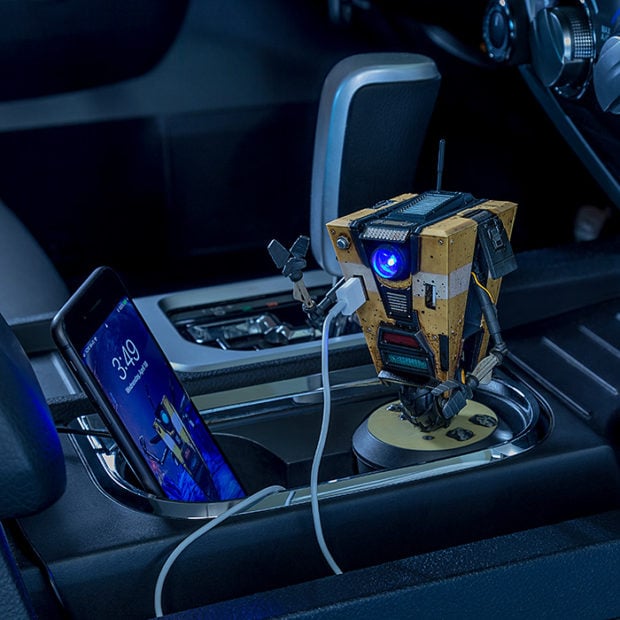 Thank God there is an included mute button because there’s only so much of this robot that I can take. You can pick this guy up for $39.99 from ThinkGeek. 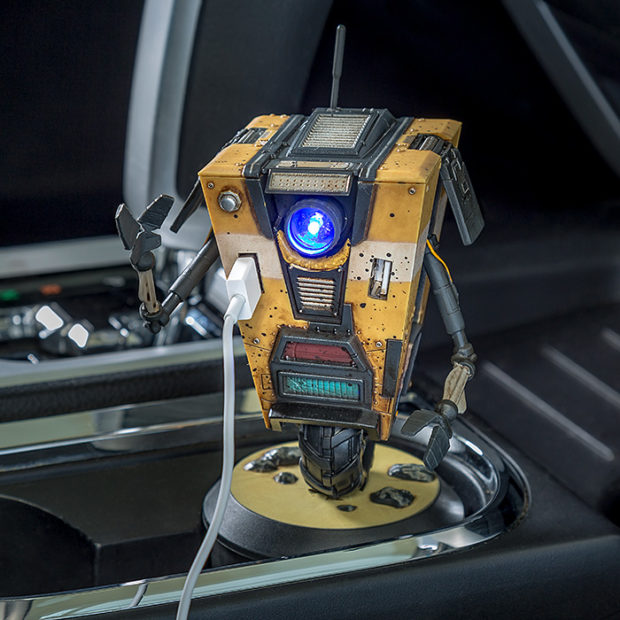