In Avengers: Infinity War, Thor had the world’s littlest giant forge him a one of a kind Thanos-killing weapon named Stormbreaker. Now humans have gone and built one in real life. Man At Arms: Reforged has brought the weapon to life, and it looks pretty impressive. 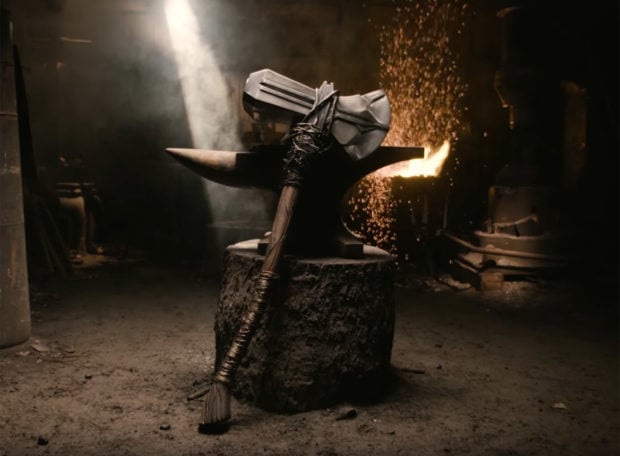 Instead of just casting the replica, they decided to forge it. First, they laid the foundation by hammering out the shape of the axe portion and leaving the other side rounded. Next, they added some stylish overlays to make it look like it does in the film. It doesn’t take long (for us thanks to the magic of video) for Thor’s new weapon to take shape, complete with a handle made by none other than Groot.

The surrounding parts of the hammer were made out of 316 steel because otherwise, it would weigh around 400 lbs. The end result is a weapon worthy of Thor himself. Naturally, they tested out the weapon after it was completed, so we get to see stuff like watermelons get destroyed. It’s awesome.