Norman is The World’s First Psychopath AI: We All Go a Little Mad Sometimes…

Why? Why would anyone do this? Researchers at MIT have developed an artificial intelligence psychopath named Norman. You know, named after the guy from Alfred Hitchcock’s Psycho. Don’t we have enough crazy people in the world? 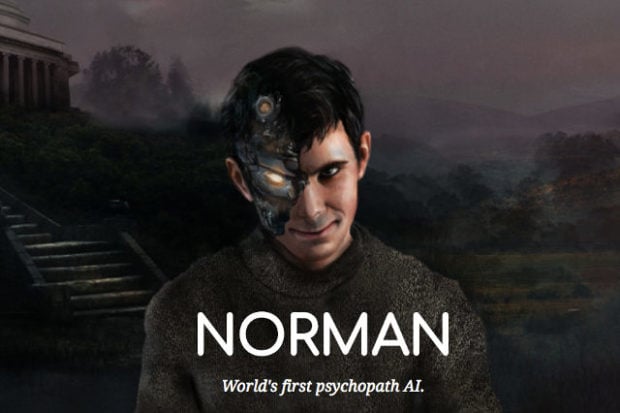 So now they have a psycho that does image captioning; a popular deep learning method of generating a textual description of an image. They trained Norman using captions that are dedicated to the reality of death. Naturally, because we are talking crazy after all. Then, they compared Norman’s responses with a standard image captioning neural network on Rorschach inkblots. This is a test that is used to detect underlying thought disorders. Lovely.

You can see some of the comparisons below. It’s a psycho alright. Where a standard AI sees a vase of flowers, Norman sees “A man is shot dead”. Where a standard AI sees birds sitting on a tree branch, Norman sees “A man is electrocuted and catches to death.” That’s just peachy. It even sees a man getting pulled into a dough machine while the standard AI just sees a small bird. What’s up with that? Why dough? Dude has some problems.

Do us all a favor and keep this thing under lock and key, and whatever you do, never connect it to the Internet.

[via Extreme Tech via Geekologie]