Get Back to Work, LEGO Alien!

We like our LEGO builds around these parts. We really like our LEGO builds geeky, weird, and cool. Brothers Brick has turned up a fun LEGO construction, and it most certainly falls into the weird category. David Liu’s offbeat LEGO diorama features an Alien Xenomorph working in an office. 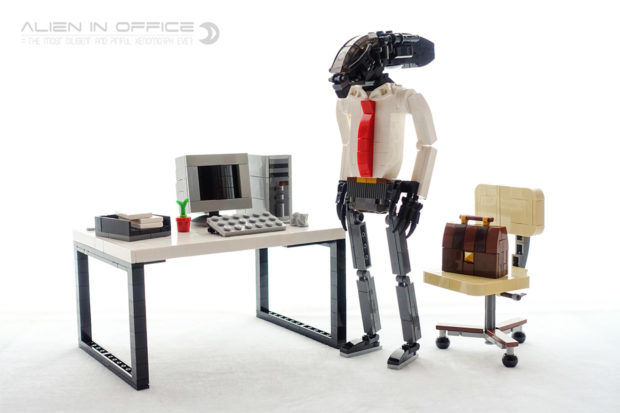 I mean, do Aliens even have jobs? On whatever home world they are from, are there office working xenomorphs schlepping away while the more skilled creatures get to ply the universe looking for faces to cram eggs into and chests to burst out of? 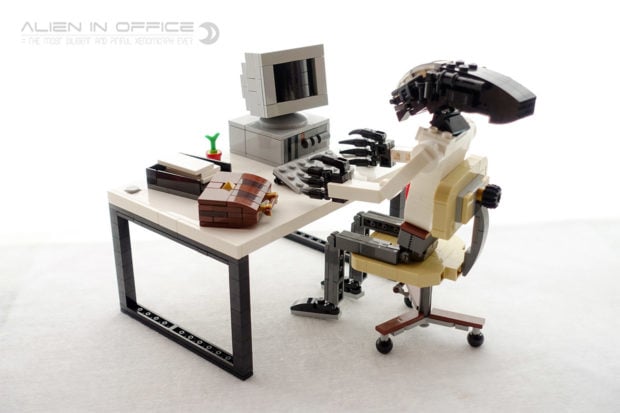 The scene comes complete with a rolling chair, briefcase, and a desk with a computer, and the Alien features a humanoid body with articulating joints. It’s cool, but this anthropomorphic Alien reminds me of a Star Wars battle droid with its head screwed on backwards. 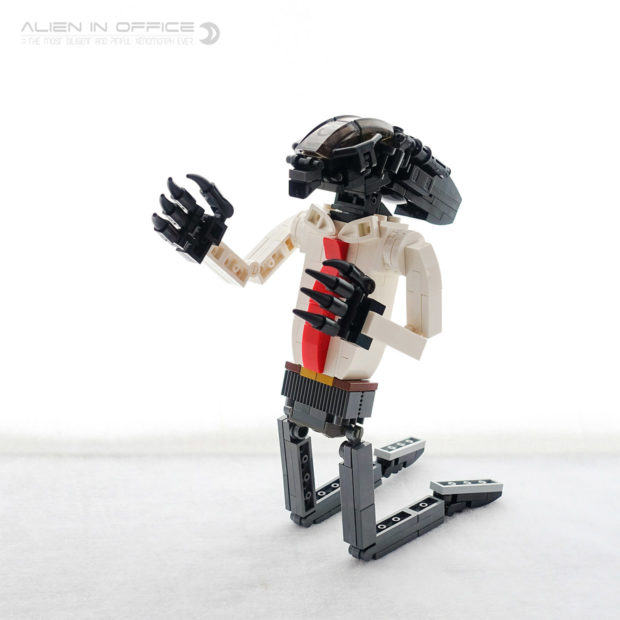