Lets a go! MariCar is a Japanese company that offers Mario Kart inspired tours of three different Japanese cities: Tokyo, Osaka and Okinawa. If you haven’t already read enough and gone to book a flight to Japan, we actually have more to say about it. 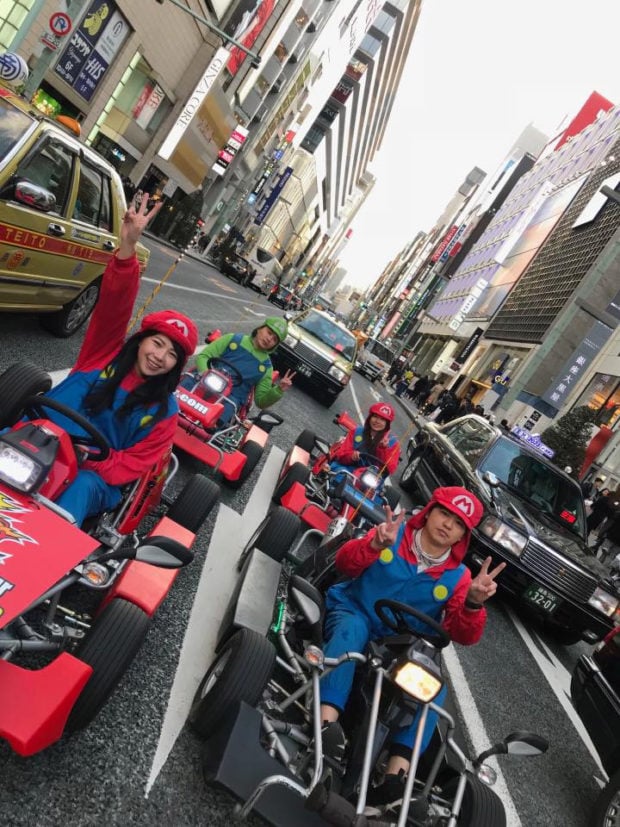 You can dress up in Nintendo character costumes and others, before climbing in a street-legal go-kart for a guided tour of each city. Anyone with an international driving permit or a valid Japanese driver’s license can join the tour. You’ll hit speeds of up to 80 kilometers per hour.

Just be aware that this isn’t going to be a crazy chaotic race. You have to obey all of the traffic laws. That means that if you actually do throw a banana peel, you’ll probably end up in jail dressed like Mario. Still, it sounds like a fun time, and a Japanese jail may be a risk I’m willing to take.

First, I’ve gotta get that international driver’s permit, then I have to book a flight. And where does one buy koopa shells anyway? I can get plenty of bananas.

[via CNN Travel via Geekologie]