We’ve seen drones that mimic real bird flight, but the ones we’ve seen have been for strictly experimental purposes. However, China is taking flight with the idea and taking it seriously. This drone looks like a dove so naturally it is called “Dove”. This drone can mimic about 90 percent of the real bird’s movement… and it will spy on you. 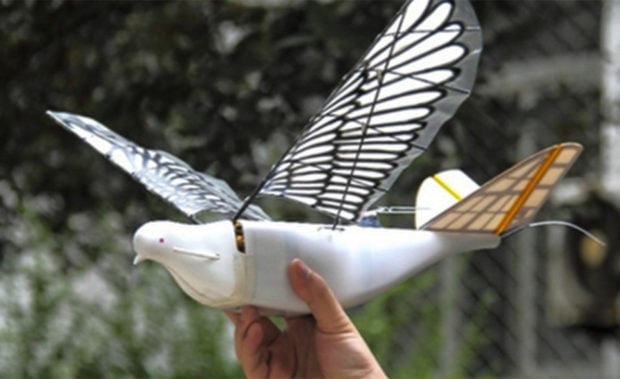 Apparently, the drone has been in trials in a few provinces by around the government and military. It flaps its wings and glides like a bird, making it much quieter than propeller based drones. From a distance, it will fool most humans into believing it is a real dove so they won’t know they are being watched, making it the perfect surveillance craft.

It boasts a flight control system, a high-definition camera, GPS module with antenna, and a data link with satellite for communication. They are saying that this thing’s movements are so real that researchers have learned that some birds don’t even have a problem flying alongside. 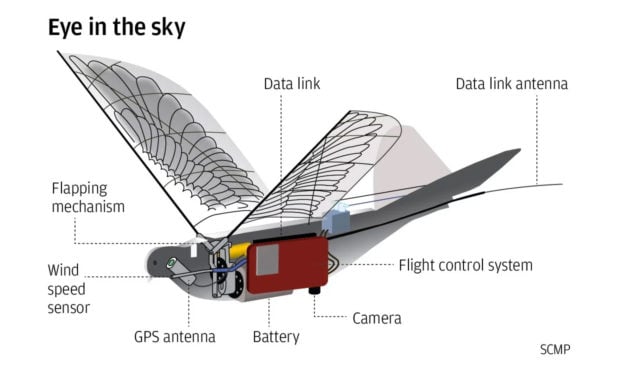 It can fly at speeds of up to 24 mph for 30 minutes at a time. Its wingspan is 20 inches, which is a bit larger than an actual dove, but no one on the ground is going to notice. You can’t even trust the birds in the sky anymore.

[via SCMP via Mike Shouts]