Did you hear that collectibles company NECA bought the company that makes Chia Pets? Me either. Apparently, it happened back in February. Well, now we know the reason for that purchase. It’s because they want to apply their mad sculpting skills to unleash a bunch of geek-themed Chia Pets on us. So if you like plants that look like other things, you are going to love what NECA has in store for you.

You can expect to see Stranger Things, Ghostbusters, Golden Girls, Gremlins, Predator, and Rick and Morty Chia Pets coming your way soon. We don’t know when these topiaries are arriving or how much they will cost, but you’ll want to clear some room on your shelves for these. 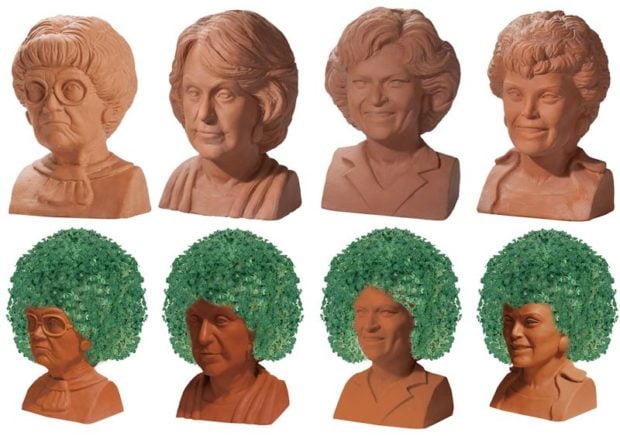 Among the new designs of Chia Pet that NECA has teased, the mockups of The Golden Girls – including clay versions of Sophia, Dorothy, Rose, and Blanche sporting green afros – will undoubtedly be some of its most popular sellers. 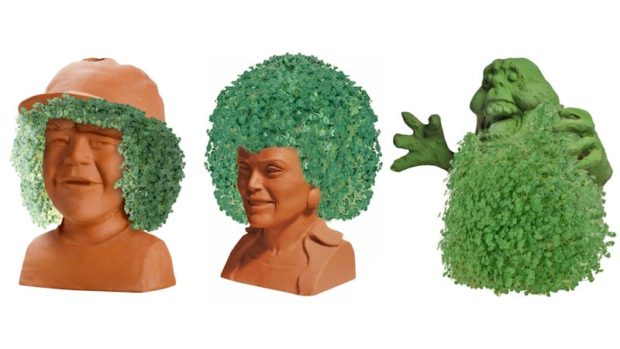 The only problem with NECA’s plans? The fact that you have to get Gizmo wet. It’s like they’ve never seen the movies. I won’t be buying that one.

[via Nerdist via Gizmodo]