Of all the Star Wars characters, the most iconic is probably Darth Vader. Lots of people who grew up on the original films were super mad when the updated version was released and our man Sebastian Shaw had his face replaced with shitty Hayden “#NotMyVader” Christensen. Hot Toys made this amazing special edition Darth Vader figure that is gigantic, highly articulated, and #IsMyVader. 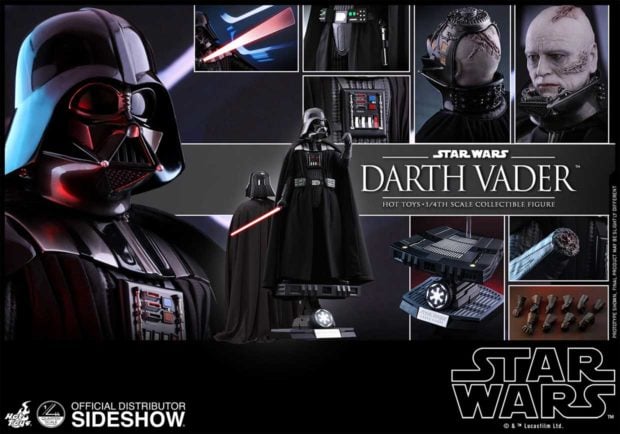 The premium figure is nearly 20-inches tall, has 30 points of articulation, and includes ten different hands. Of particular note is the removable helmet, so you can see Sebastian Shaw’s face just as you did in the original cut of the film back in the day when Luke takes off Vader’s mask. One of the coolest things is that with the helmet off, you can see the battle damage to Anakin’s head, something you really didn’t see in the original film (at least not on the back of the head). 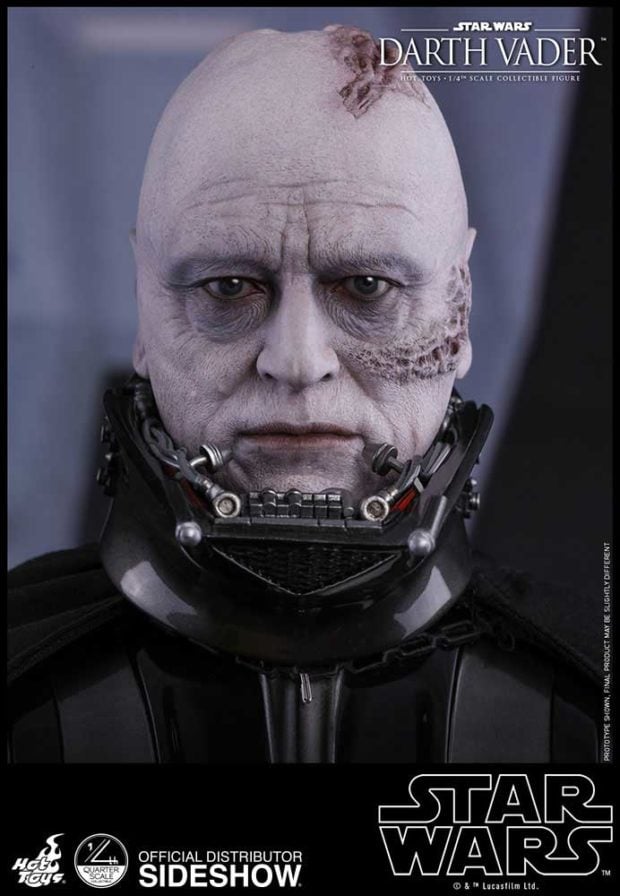 Vader comes with his armor suit, black cape, chest panel with LEDs, a functional belt with lights, and boots. You get the iconic red lightsaber in three forms and a Death Star Diorama. The Special Edition includes a helmet stand with lights. The statue will set you back $575 over at Sideshow Collectibles, with delivery expected in Q4 2019. 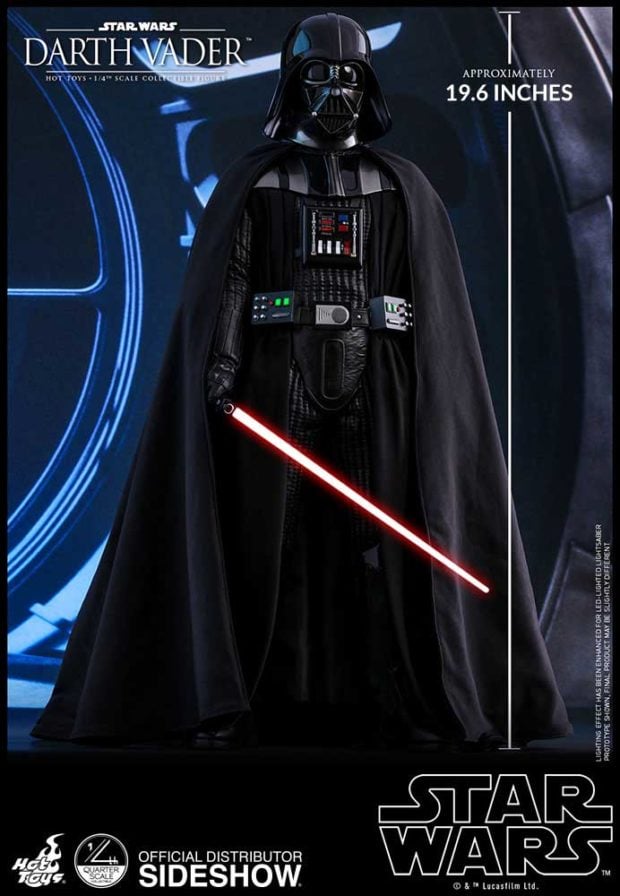 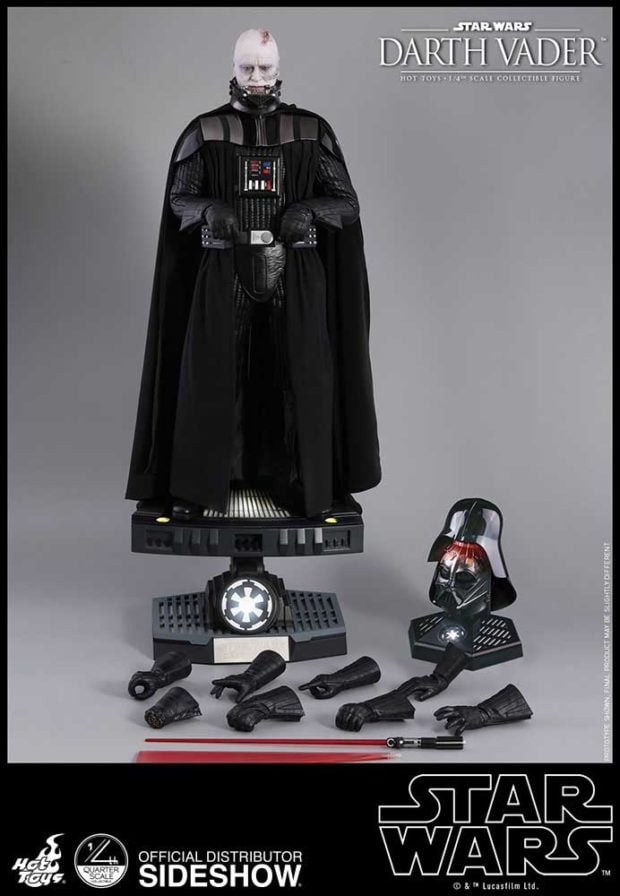 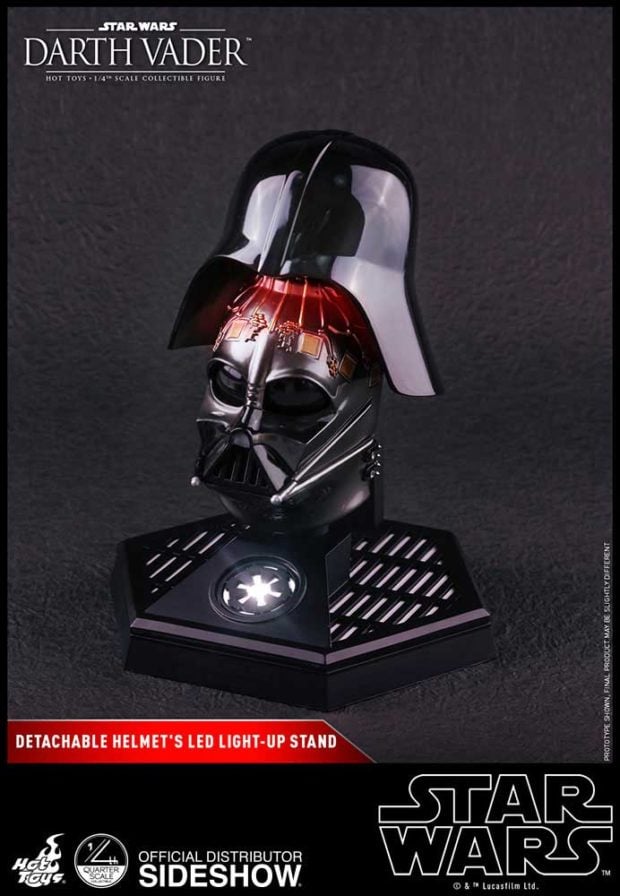