When I was a kid, my grandfather kept a Tangram puzzle game on the side table in the kitchen. I played that game all the time with my uncle and cousins when they were around when I was five or six. I crushed at the game, for whatever reason Tangrams are one of the things that always came easy. This meant my uncle (a teenager at the time) would get pissed off and throw the pieces on the floor and refuse to play with me.

This Tangram Puzzle set reminds me of those days of my relatives being frustrated to the point that I’d be forced outside to play. Ah, good times. 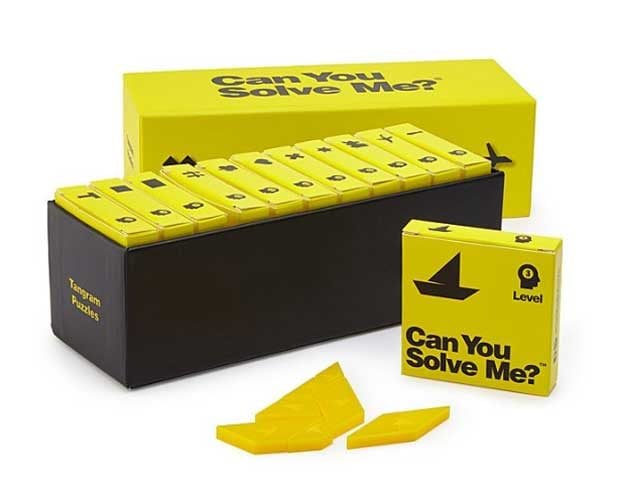 If you are unfamiliar with a Tangram, you get a pile of plastic parts with triangular and polygonal parts The goal is to look at an image on a card or box and then try to replicate that image using the shapes. This particular set comes with 12 puzzles ranging in difficulty from making a square to an airplane, and looks like a fun way to spend a little time making your brain work.

The Can You Solve Me Tangram set sells for $40 on Uncommon Goods.