B.J. May has a Nest Hello Doorbell standing watch at his front door. He recently donned his favorite Batman t-shirt and stepped outside. Then, the Nest locked him out. He did what any tech-loving geek would do and opened the Nest app to see what the eff. 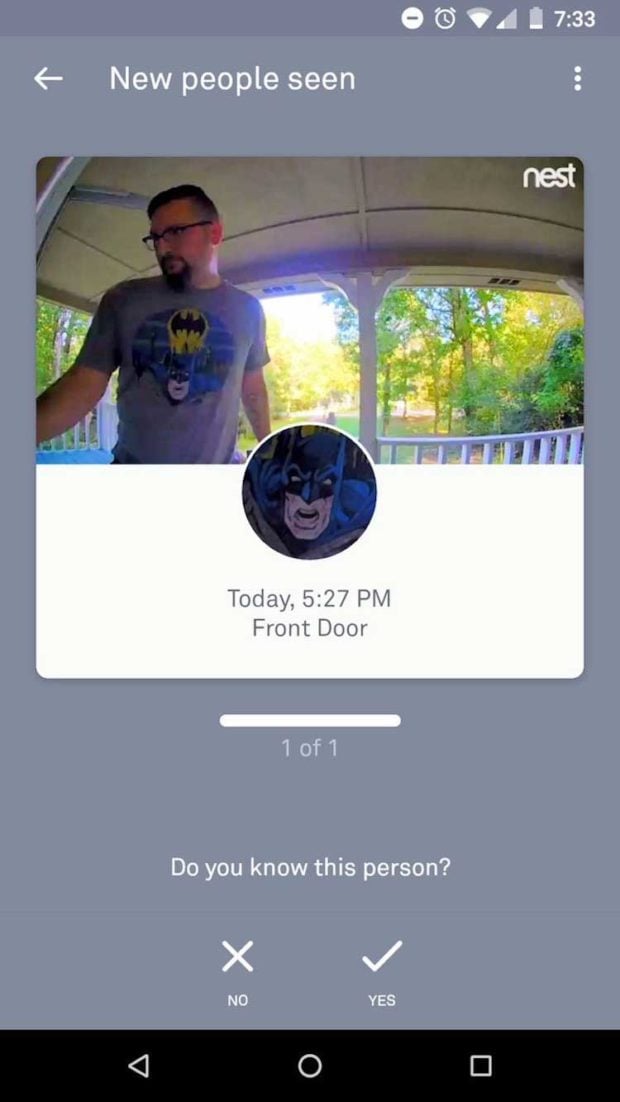 What he found was that rather than seeing his face, the Nest Doorbell locked onto the screaming, angry, ninja face of Batman on his shirt and said nope. Fortunately, B.J. was able to unlock the door using the app and get back into his home. The tweet here explains the event history. It’s pretty funny.

I often wonder why Batman is so angry all the time. I get that his mom and dad were killed years ago, but he is a billionaire ninja, so he has that going for him.