Jurassic Block Puts a Natural History Museum on Your Desk

Kids love dinosaurs, which is why they collect all of the Jurassic Park toys. Adults also love dinosaurs, and they also buy the toys. But if you’re looking for a collectible that is a bit more adult than some action figures and dino statues, check out this Jurassic Block fossil collection. 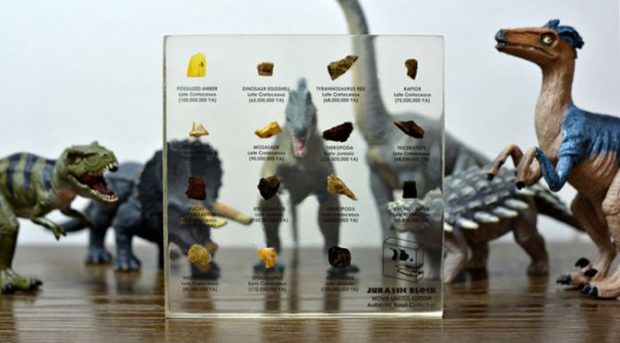 Jurassic Blocks are 5 by 5-inch blocks made with high-quality, super clear acrylic, and have real dinosaur fossils embedded inside. Owning actual pieces of dinosaur sounds pretty damn cool. I don’t know anyone else who owns any dino-bits, so I could be the only one on my block to have this. Awesome. 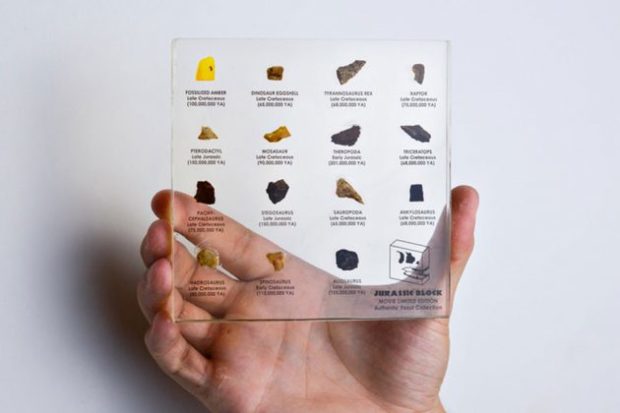 Serious dino buffs are going to love this. IWT Designs has curated these fossils excavated from all over the world, and they include fossilized remains from the late Cretaceous period, like a dinosaur eggshell, T.rex bone and raptor, and it also has fossils of creatures from the late Jurassic era like the stegosaurus, triceratops, and pterosaur.

It will cost you $175 to $199 on Kickstarter. The campaign has already passed its set funding goal, and they should start arriving in your mailbox around January 2019. This is really a great idea for dino lovers and will impress your geek friends.